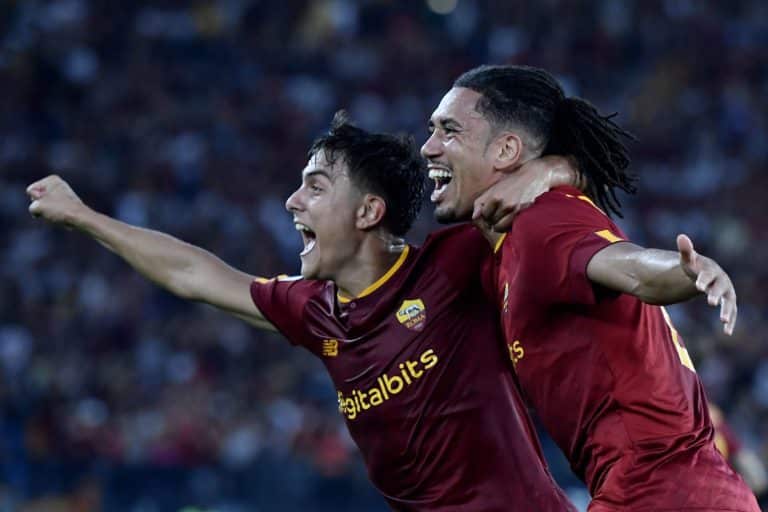 Roma secured their second consecutive 1-0 victory this evening, defeating Cremonese in a packed Stadio Olimpico in round two of Serie A play.

Chris Smalling’s headed goal from a corner kick was all the Giallorossi needed to earn all three points following an emotional 24-hours at the club due to Georginio Wijnaldum’s injury.

The Dutchman, who joined the club earlier this month, suffered a fractured tibia late in yesterday’s training session. The Giallorossi sported special “Forza Gini” shirts before kick-off to show their support and solidarity with the midfielder, who’s expected to be out four months.

Throughout the affair, both sides had multiple goalscoring opportunities, with Cremonese’s Cyril Dressers and Roma’s Stephan El Shaarawy rattling the woodwork.

Though, the Giallorossi were left frustrated by shot-stopper Andrei Radu, who made up for last week’s blunder with a spectacular performance. The Romanian ended the evening with 10 saves to his name, making a number of impressive stops.

The sides entered halftime level 0-0, however, the drama increased tenfold in the final 45 minutes.

After losing attacker Nicolo Zaniolo in the first half to a shoulder injury, the Giallorossi remained persistent, threatening Cremonese’s goal on several occasions.

Their hard work eventually paid off when Chris Smalling headed home a perfectly delivered corner kick from Lorenzo Pellegrini in the 65th minute, which was all that was needed for the win.

The victory gives the capital club a major confidence boost ahead of this Saturday’s showdown in Torino when they’ll face Juventus at the Allianz Stadium.