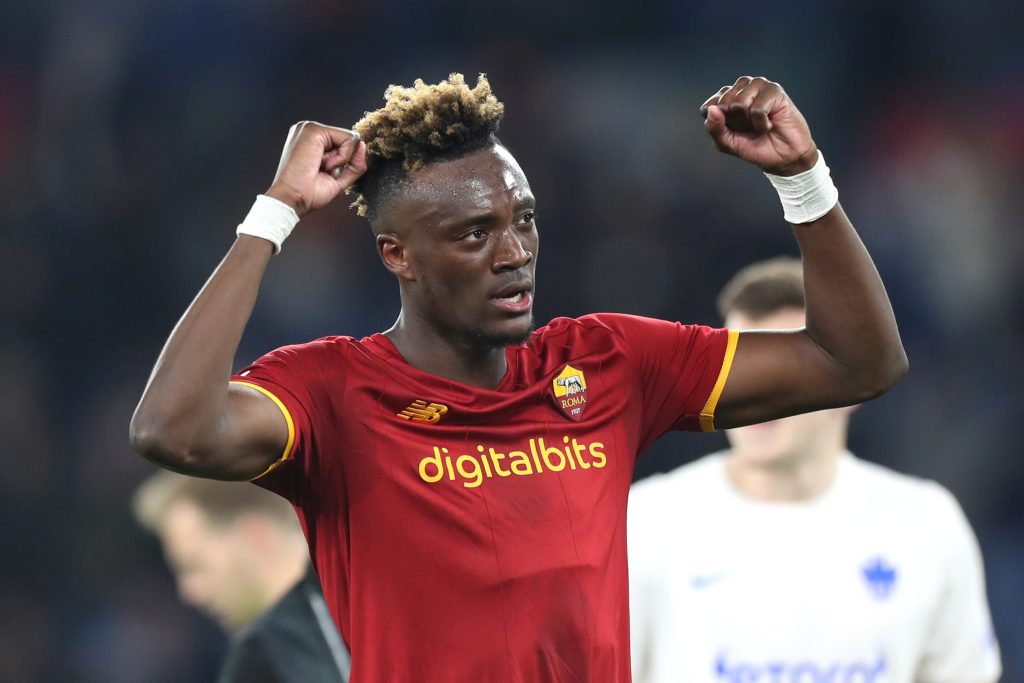 More late heroics were required for Roma this evening as they punched their ticket to the Conference League quarterfinals by eliminating Vitesse.

A 90th minute goal from Tammy Abraham sealed the Giallorossi’s progression to the next round despite an extremely uninspiring performance this evening in Rome from Jose Mourinho’s side.

Roma initially looked content to sit on their 1-0 lead and see out the match after a very dull first half from both teams.

However, the script was completely flipped after Vitesse’s Maximilian Wittek  scored an incredible goal midway through the second half–evening the tie 1-1 on aggregate.

Roma immediately increased the intensity but still couldn’t find the back of the net. However, just as extra time appeared inevitable striker Tammy Abraham played the role of superhero and scored in the final minute to earn Roma a place in the next round.

“We expect more quality from everybody in the team, but luckily we managed to go through,” Mourinho told Sky Sport at full-time.

“Our team is limited at different levels, but you can’t say now some of the things that were said a few months ago–when many said we lacked determination and the ability to manage a lead, such as the disaster against Juve.”

He continued, “Now our ability to resist the pressure is the thing being discussed since we manage to score in the final moments.”

“It seemed like the match was under control but when they scored to go up 1-0, I was glad to see us push and go for the win in regular time. Some teams might’ve been tempted to play for extra time.”

“I must also say, Vitesse are really good. I didn’t even know who their manager was but he’s excellent. If any team plays like this it’s because they’ve got a great manager.”

Before exiting, Mourinho was asked about Sunday’s upcoming Derby showdown against Lazio.

“We only thought about today but now I’ve got to worry about recovering players that played tonight for Sunday while Lazio are at home smoking cigarettes with Sarri!”