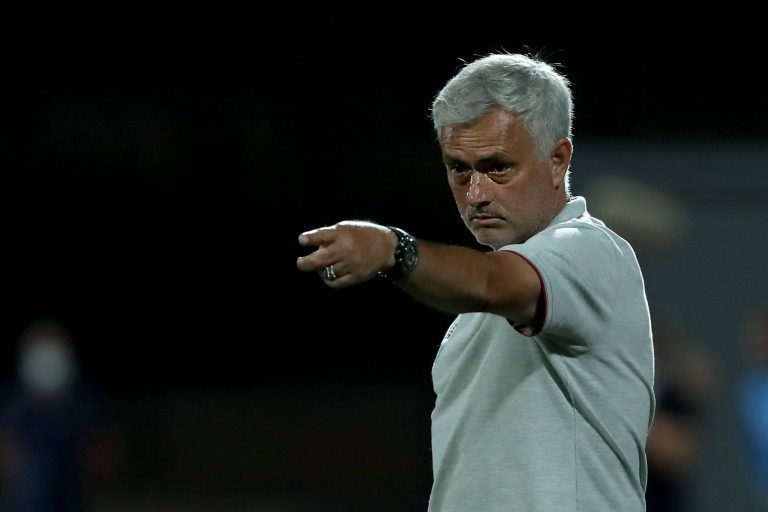 The José Mourinho era at Roma began with a victory this evening, with the capital club defeating Trabzonspor 2-1 in their Europa Conference League fixture.

An 81st minute goal from summer acquisition Eldor Shomurodov handed the Giallorossi a win this evening in Trabzon, their first official match of the season.

After an uneventful first half, Lorenzo Pellegrini opened the scoring in 55th minute, hammering home a perfect pass from Henrikh Mkhitaryan out wide.

The Giallorossi’s lead lasted less than ten minutes, though, as Trabzonspor’s Cornelius, the former Parma attacker, leveled the scored with a towering header in the 64th minute.

The 28 year-old, who haunted Roma a number of times during his time in Serie A, outsmarted Gianluca Mancini and scored from a Bruno Peres cross.

A draw appeared to be on the horizon until Eldor Shomurodov fired home in the 81st minute from a corner kick, sealing a victory for the capital club.

Mourinho discussed the win at full-time and praised his side for their balance as they overcame a fiery atmosphere inside the stadium.

“There was a lot of pressure tonight, people thought this would be an easy match, but it was difficult,” he said to Sky Sport.

“They’re a good team with quality players and the supporters played a role and gave them a boost. We were balanced and very solid on the pitch.”

He continued, “We suffered from physical point of view in the second half, guys like Veretout and Cristante still haven’t had a lot of time to work this preseason. But we’ll see next Thursday what happens, we want to win.”

“I liked how we played, we played as a team and got into dangerous positions quite often.”

Before departing, Mourinho was asked about the club’s transfer market business, just days after they welcomed Chelsea striker Tammy Abraham.

“The club has done a fantastic transfer market, but some of the moves were done as a reaction to unplanned things such as Spinazzola’s injury and Dzeko’s request to leave. We’re still missing something, which I hope arrives by next summer and will allow me to view the second season differently.”

“This season, as I said before, there will be draws and defeats, but we have to we can win with the way work.”