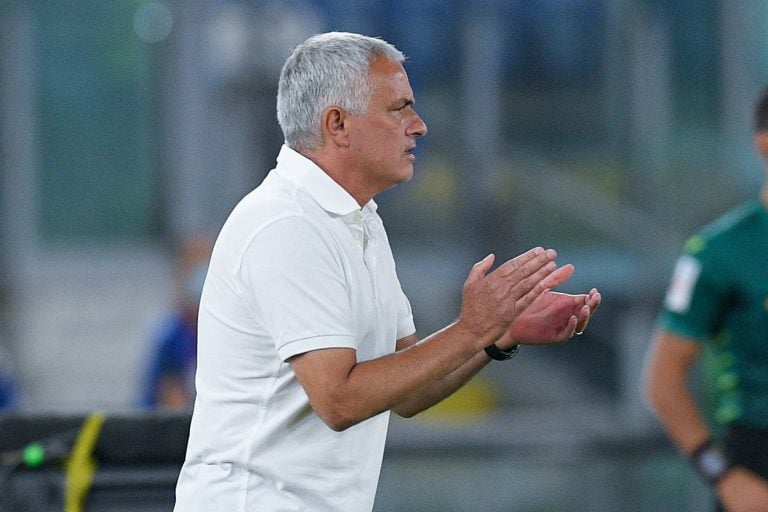 José Mourinho started his Roma tenure with a bang after his side dismantled Fiorentina 3-1 this evening in the Italian capital.

Two second-half goals from Jordan Veretout handed the ‘Special One’ his first league victory since his appointment as new Roma boss in early May.

His side were undoubtedly stronger on the evening than La Viola, who had a man sent off early, but Mourinho gave credit to their opponent.

“It was a nice match even though we didn’t play too well. Fiorentina did very good, especially when they were down a man,” Mourinho explained to DAZN.

“Perhaps we thought it would be too easy, as I said before the match, Italiano’s Fiorentina plays good football. VAR was phenomenal, this is exactly what it’s made for: to correct hard-to-see errors.”

He continued, “I liked our sacrifice this evening even though we just played on Thursday. Then Zaniolo was sent and we got into the match more, Tammy could’ve scored straight away.”

“We could see Tammy and Shomurodov play together, we talked about it just today. The offensive part of our game will come together slowly, Fiorentina gave us problems and we must acknowledge Italiano, he deserves credit.”

“In the second half, we pressed higher but Veretout didn’t do so on Pulgar, but he did better as the game went on.”

Finally, “The supporters? They were fantastic, just like the day I arrived. I still haven’t done anything yet still they’ve welcomed me very well, so I thank them.”

“You could see the team’s spirit tonight, we gave everything including for the supporters.”