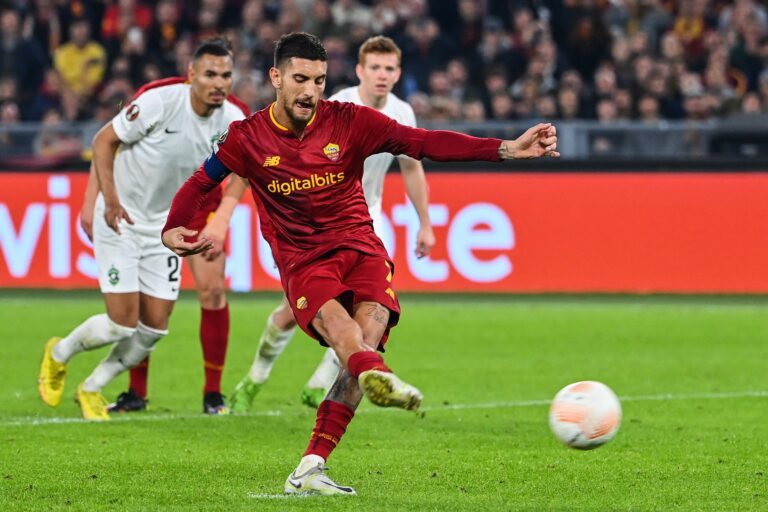 Roma punched their ticket to the Europa League knockout stage, defeating Ludogorets this evening in a drama-filled affair at the Stadio Olimpico.

The Giallorossi officially finish runners-up in Group C thanks to their 3-1 win over the Bulgarians in the Italian capital.

Two penalties from Lorenzo Pellegrini and a sublime performance from Nicolo Zaniolo lifted Roma to qualification despite an incredible effort from Ludogorets, who took an early 1-0 lead before having a late equaliser chalked off by VAR.

Although unlucky, it's hard to argue against Roma deserving the victory after the massive difference Nicolo Zaniolo made once he was brought on after half time.

Down 1-0, Mourinho brought on Zaniolo, Cristian Volpato, and Bryan Cristante and it didn't take long for his decisions to bear fruit.

Within the space of ten minutes, Zaniolo won two penalties, both of which were scored by Pellegrini, before capping off his performance with a phenomenal solo goal in the 85th minute.

The result also gives Mourinho's side a confidence boost ahead of this weekend's pivotal Derby showdown against in-city rivals Lazio.