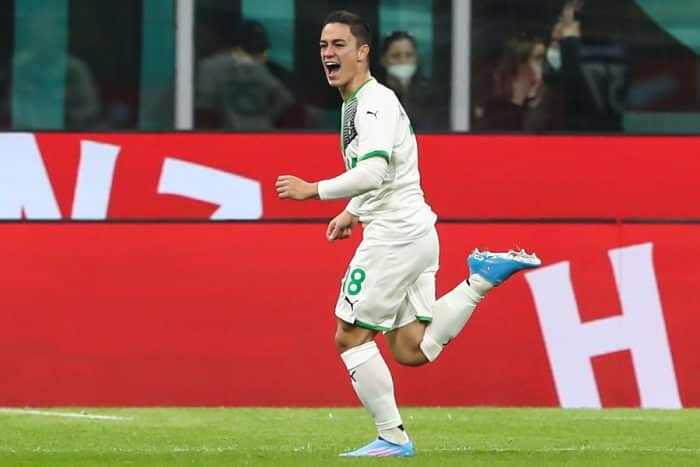 Roma are expected to continue their squad overhaul this summer as they envision taking a giant leap in José Mourinho’s second season.

Once the transfer window reopens, Roma executive Tiago Pinto wants to build on their work from the past year by acquiring additional pieces who fit Mourinho’s tactical system.

According to La Gazzetta dello Sport’s Massimo Cecchini, one of players that Pinto has his eyes on is Sassuolo attacker Giacomo Raspadori.

The Giallorossi believe the 22 year-old is an ideal attacking partner alongside Tammy Abraham in Mourinho’s 3-5-2 formation. He’s also extremely versatile and could play as a second striker or on the wing in a 4-2-3-1.

Raspadori has a contract with the Neroverdi through 2024 but several clubs have already expressed significant interest in his services. However, should Nicolo Zaniolo decide to leave Roma this summer, the capital club could move quickly and acquire Raspadori to replace him.

Sassuolo are reportedly asking a minimum €30 million for the Italian international, who has 9 goals and 5 assists so far this season. However, their relations with Roma are very strong, which could assist getting a potential deal over the line.