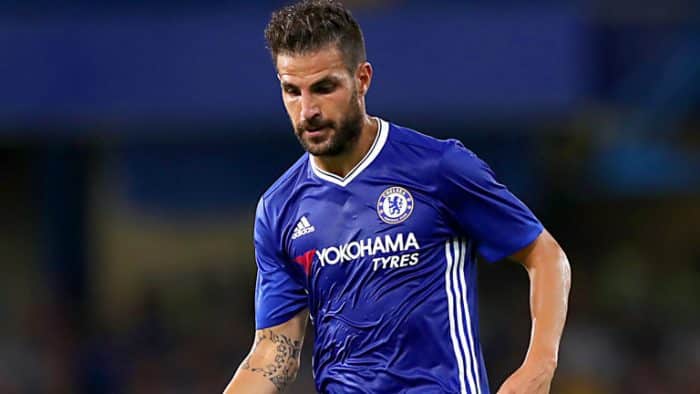 Il Tempo (Alessandro Austini) – First you’ll have to wait for the opening of the transfer window then you must choose the right time to enter.

These are the necessary steps that Roma will be forced to decide whether to take as they ponder making a move for Cesc Fabregas, the man at the top of the wish list in Trigoria for the upcoming January transfer window. Should Chelsea decide to part with the player then Roma will engage in some element to try and make at least one attempt to bring the player to the capital. Everything will depend of course on the choice of Chelsea and indeed that of Antonio Conte, who, from the start of the season, has made it known the Spaniard is not a priority. The 29 year old is tired of being a luxury off of the bench behind the hierarchy of Magic and Kantè. Yesterday was the latest example as the Catalan was on the pitch for only a quarter of an hour in the victory against West Brin, stamping his sixth appearance in the Premier having played about 200 minutes total. After the match, Conte commented on the player: “He can always give us a hand, he is a good player when he enters the match. I like him very much”.

In the capital, they will wait on the evolution of events,m because if Fabregas ends up on the transfer market, then Roma could open a privileged road towards the player. Chelsea have no intention of selling the player to a rival in the Premier League and you can hardly imagine a return to Spain to his beloved Barcelona or their bitter enemy Real Madrid. Excluding the Bayern and Borussia Dortmund in Germany, Italy still remains one of the most competitive leagues in which to move. The money of the exotic countries can wait while he earns €6 million (net) per season on his contract with Chelsea until June 2019. Roma is convinced to have the lead on Milan for the player, who are still waiting to close the sale of the club with the Chinese, and Juve don’t seem to enter the mind of Conte. Furthermore, the Giallorossi can rely on their excellent relationship with the London club and Marina Granovskaia, the right hand of Abramovic.

Talks carried out in the recent past by Walter Sabatini could help matters. Chelsea asked for two players from Roma and it’s possible that giving Chelsea priority a fast track to Nainggolan or Rüdiger, should Roma decide to sell, would add incentive to talks.

The idea of ​​bringing the player is simple, however, the next steps are under evaluation. In addition to the high wages that revolve around the move (although, for Roma, Fabregas would cost only €3 million net the next 6 months), the club have not yet had direct contact with the player to understand desire and openers to a transfer to the capital, where, however, he would find some familiar faces such as Salah, Vermaelen, and Szczesny: another positive factor at the beginning of a mountain which is yet to be climbed by Roma.