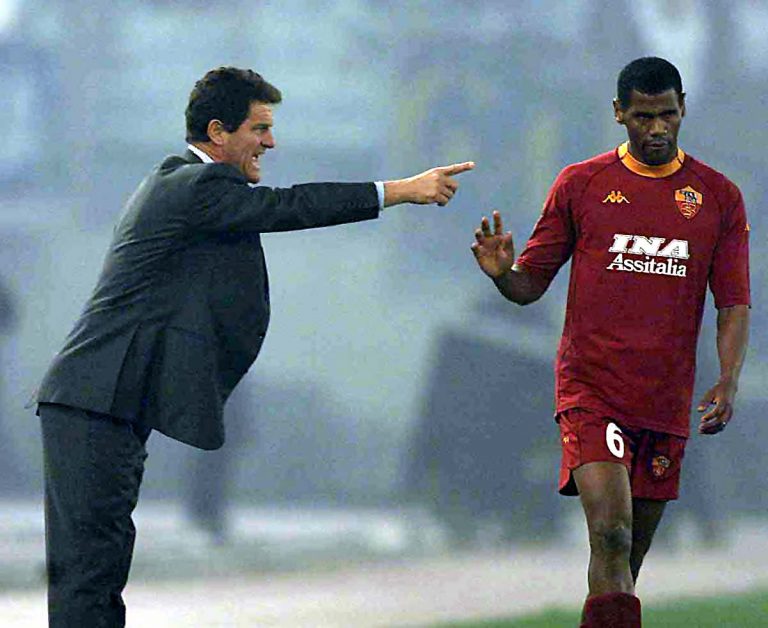 Roma legend Aldair was asked to share his thoughts on Mourinho’s time at Roma during an interview to NSL Radio.

“I liked the first matches a lot, I also saw Roma against Napoli at the stadium and it was a tough match.”

“In the other games we have been a team that leaves too much space for the opponent and that concedes too many goals, I expected something more from Mourinho’s defensive phase.”

“I think that Mourinho could repeat Capello’s path. Capello also had problems the first year, it’s not easy to get to a team and change things immediately.”

“To play good football and consistently deliver good results is complicated. At the moment we don’t have the one or the other, it will take some time but I think we need to trust the coach.”

“I like him a lot this year, more than last year, I like him as a defender. He is tough at man-marking but he still has a lot to improve on his outings with the ball.”

On dedicating his life to Roma:

“I had never thought about it, I had played a European Cup final with Benfica and I did not expect to leave, let alone come to Rome. It helped a lot to have a coach like Eriksson and I got very attached to the city and its people.”

On the toughest attacker he’s ever faced:

“There were many who put me to the test because I happened to play in a time in which Serie A had the best forwards in the world.”

“However, I always choose Ronaldo the Phenomenon, who played for Inter and really put us in a lot of trouble, he was really difficult to catch.”

On Cassano’s words about Totti being forgotten in 20 years:

“I wouldn’t consider a man who talks about Francesco Totti in this way, it doesn’t matter much.”