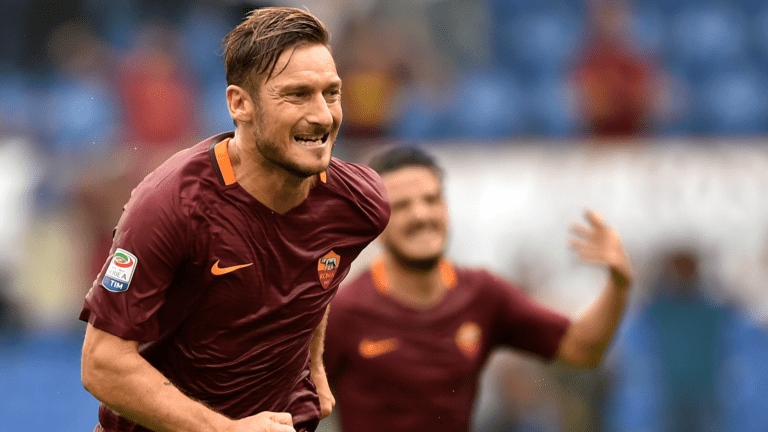 The same old Roma.
This team never does it the easy way, do they?

I tweeted yesterday, “Guys, just write the words ‘AS Roma’ in my obituary”; the ups and downs that this team puts you through in the same match, something that they’ve seemingly mastered over the last several decades, is simply unprecedented.

To watch them play like a Lega Pro team then completely transform themselves after half-time defies any reasonable explanation.

A poor mentality continues to plague Roma.
It’s certainly frustrating to watch a team who appears to be disinterested and unmotivated at times.

I can’t find the words to describe the first 45 minutes of yesterday’s match; the only words that come to mind are all expletives. To watch Roma commit error after error while also seeing players not give a full effort is not only frustrating…it’s inexcusable.

Something has to change in this squad because what we saw yesterday in the first half was a replica of the match against Porto: mental errors and a weak mentality. This part of Roma, which seems to have plagued the club for ages, must change…immediately.

Alisson, where are you?
I remain absolutely baffled by Luciano Spalletti’s decision to keep Brazilian goalkeeper Alisson on the bench. It’s early in the season and yet I can already recall a handful of errors on the part of Wojciech Szczesny.

I was impressed with Alisson in his debut against Porto, in which Roma drew 1-1. Since then he has been relegated to the bench only to see Szczesny make a horrendous error in the second leg against Porto and completely misjudging a corner kick against Sampdoria. I’m not sure what Spalletti is thinking, but I think most Roma fans would concur that it’s time to see what we have in Alisson, who the club paid a sizable fee for considering they could have acquired the player on a Bosman, versus Szczesny, who is only at Roma on loan.

No more Juan Jesus…
I’ve tried to be fair and give the player time to settle, but I’ve already had enough of watching Juan Jesus to last me for the next 5 years.

The Brazilian, whether he is deployed in the middle or the left flank, has been incredibly poor for Roma. The ex-Inter man continues to be caught out of position and seems to cost Roma at least one goal per match. He has some of the worst instincts I’ve ever seen and his partnership with Manolas is incredibly disjointed. Once Vermaelen returns, there is no reason Jesus should crack Spalletti’s first eleven again.

Totti is Totti.
There is nothing I could write here regarding Francesco Totti that would be original and hasn’t already been said.

Totti continues to be a spectacle even at the young age of 40 years old. His pass to Dzeko? World class. His stepping up to take the penalty? Unless you’re Roma president James Pallotta, did you ever have any doubt?

The captain time and time against has continued to wow the footballing world. All we can do is sit back and do what we’ve been doing for the nearly 24 years since the captain has put on the shirt: watch in awe.