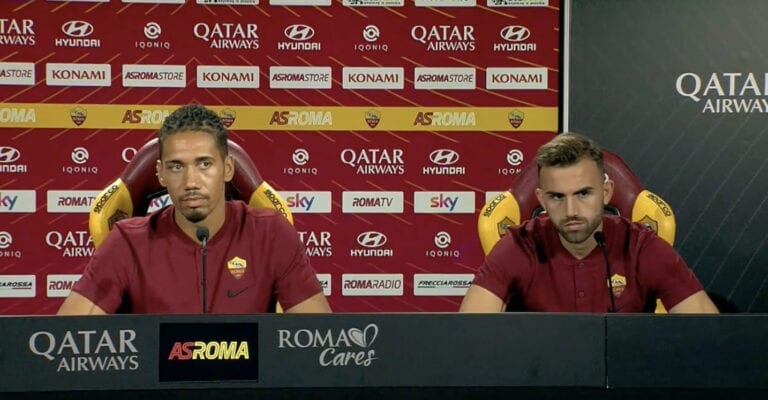 The duo were joined by Roma CEO Guido Fienga at a press conference today to discuss their arrivals in the Italian capital during the final days of the transfer market.

“Good day, everyone — I’m very proud today to present both Chris and Borja together, which symbolises something,” stated Fienga.

“These two have chosen Roma despite being at two of the biggest clubs in the world. Everyone here knows what we went through to get Chris back here. Borja, meanwhile, had a very important alternative as opposed to joining us, which was remaining in Madrid, the place where he was born and grew up.”

“These are two good players and two good guys, we hope they’ll help us win and achieve results. They’re very motivated and they’ve chosen Roma to be able to achieve ambitious objectives. These two are pillars of our project,” he concluded.

“I have to thank Guido and the club for the opportunity to be here at Roma,” began Mayoral.

“I still consider myself a younger player, but I’m very motivated and hungry. I’ve gained experience in the top flight of Spain as well as other leagues. For me, this is a point of arrival, not a stepping stone.”

“In the summer, my agent informed me of interest from Roma as well as other clubs. However, I was immediately attracted by the interest of Roma. It’s true that Real Madrid wanted me to remain, but the conversations I have with Guido and the manager were important.”

He continued, “I expressed my desire of wanting to leave to Real Madrid early in the pre-season, but I met with Zidane and he wanted me to remain. So I ended up stay a bit longer, buy my desire was still to leave.”

“It’s true that they wanted to keep me and sell Jović, but I had the chance to speak to Zidane and I explained to him that I couldn’t pass up the chance to join a club like Roma.”

It was then Smalling’s turn to address his return to the Italian capital, where he spent last season on loan from Manchester United.

“I wanted to relive all of the joy that I experience last season my teammates and this manager,” said the Englishman.

“I’m a footballer first, but then you must also consider your private life and this city gives you the whole package. Now my goal is to help the team.”

“I’ve been nothing but happy since arriving. I’ve never experienced anything in my life like the welcome I received at the airport. I’m very motivated to repay the love of the supporters by helping the team to hoist a trophy.”

“I am convinced that the team is stronger this year. I joined last year towards the end of the transfer market plus there was a new manager. This year, though, we’re stronger and we’ve kept the backbone of the team in place.”

He concluded, “The new ownership? After the wonderful welcome at the airport, I met with Guido and Ryan Friedkin so it was nice to see a familiar face and get a chance to meet the new owners.”

“We’re a team, we’re a family. I can count on one hand how many times I’ve seen an owner so close to the team. It’s very rare to see an owner at the training ground, I think this will only help us grow closer and achieve things together.” 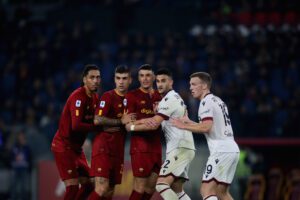