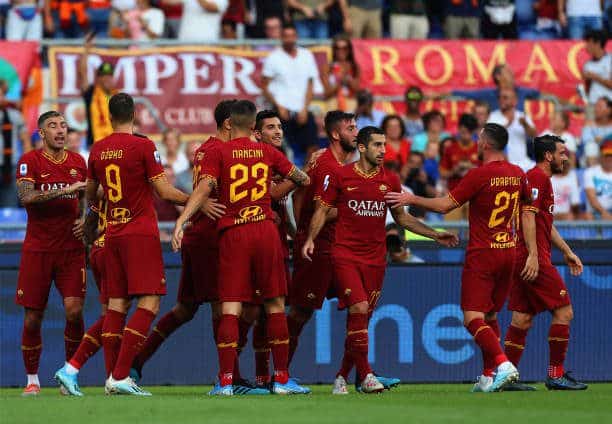 RomaPress – Roma have played 11 league matches amassing a record of 6 wins, 4 draws, and 1 loss. The GIallorossi currently sit third in the Serie A table on 22 points and are seven points behind league-leaders Juventus. With just over a quarter of Roma’s league calendar having been played, here are our grades for every player who has managed at least five league appearances so far for Paulo Fonseca’s side.

Pau Lopez – 7.5
The Spaniard has collected three clean sheets in the league thus far and has played every single minute of Roma’s Serie A campaign. Lopez has erased the nightmare that was Robin Olsen from last season and has been pivotal in the Giallorossi’s build-up play from the back.

Davide Santon – 5.5
The fullback has primarily come off of the bench this term and has done decent when called upon. The ex-Inter man’s only start of the season came versus Udinese, whom he performed well against.

Alessandro Florenzi – 5.5
Performance-wise, the captain has had a very poor campaign. However, since being benched by Paulo Fonseca in favor of Leonardo Spinazzola, the captain hasn’t caused a fuss and continues to support his teammates, which highlights his superb attitude.

Leonardo Spinazzola – 6
Although he was initially brought in to alternate with Aleksandar Kolarov on the left, the Italian has become the first-choice right-back due to poor performances from Florenzi. There are some questions to be asked about his defensive abilities, but his attacking prowess has been positive for Roma.

Chris Smalling – 9
You could easily make the argument that the Englishman has been best central defender of the Serie A campaign thus far. The 29 year-old has become indispensable for the Giallorossi, who are looking to make his dry loan move a permanent one.

Gianluca Mancini – 8.5
Not enough can be said about the former Atalanta man. The 23 year-old has not only flourished in two roles this season – in the midfield and defence – but he has excelled in Paulo Fonseca’s possession-based game with an 89% passing accuracy while winning 56% of his duels.

Federico Fazio – 6
The 32 year-old hasn’t struggled as many expected he would due to Paulo Fonseca’s preference of playing a high line. He’s certainly behind Smalling and Mancini in the central defender pecking order, but Fazio has still provided mature performances when called upon.

Aleksandar Kolarov – 6.5
With four goals to his name, Kolarov is Roma’s second-leading scorer. Like Spinazzola, he’s had lapses at the back, particularly when it comes to holding the defensive line, but he still represents an incredible key to the Giallorossi’s attack.

Bryan Cristante – 6
The Italian continues to adapt to a newer, deeper role in the midfield. With the emergence of Gianluca Mancini, it remains to be seen what Paulo Fonseca will do long-term once the former Milan man returns from his injury.

Jordan Veretout – 7.5
Finally, Roma have found a player in the midfield with an incredibly high work-rate, which has been missing since the departure of Radja Nainggolan. The Frenchman has been the key to Fonseca’s preferred two-man midfield.

Lorenzo Pellegrini – 7.5
The midfielder’s injury could not have come at a worse time. Pellegrini was on fire before having to go on the sidelines due to a foot injury: he’s second in the league for key passes (3.3) and remains tied for third with 4 assists.

Javier Pastore – 7
The Argentine has been reborn in the last month for Roma. Pastore stepped-in valiantly during the middle of Roma’s injury crisis and has put in incredible performances against the likes of Milan and Napoli.

Nicolo Zaniolo – 8
Roma’s young jewel has been superb over the last two weeks ever since the controversial words of Fabio Capello. Zaniolo has performed well on the right wing – where he struggled last season – as he has 3 goals to his name.

Edin Dzeko – 8
The Bosnian appears to have completely put last season’s debacle behind him. Roma’s #9 looks more motivated this term and has been incredibly decisive in pivotal moments for the Giallorossi – with game-winning goals coming against Bologna and Lecce.

Justin Kluivert – 7
The young Dutchman is one of the testaments to the superb work done by Paulo Fonseca. Kluivert looks much more polished than last season under Eusebio Di Francesco and has solidified his place in Roma’s starting eleven.

Paulo Fonseca – 8
The former Shakhtar Donetsk boss has already made his imprint on Roma. While many were (ignorantly) comparing Fonseca’s game and approach to Zdenek Zeman before the start of the season, the Portuguese boss has shown incredible balance in Roma’s play. Furthermore, the growth of youngsters Gianluca Mancini, Justin Kluivert and Nicolo Zaniolo highlight the incredible work done by Fonseca and his staff. 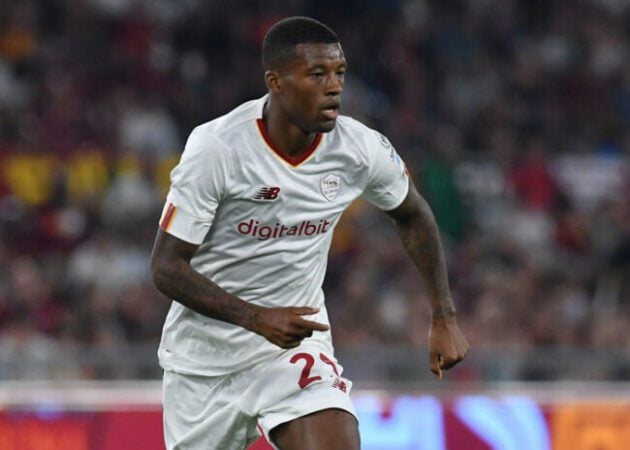