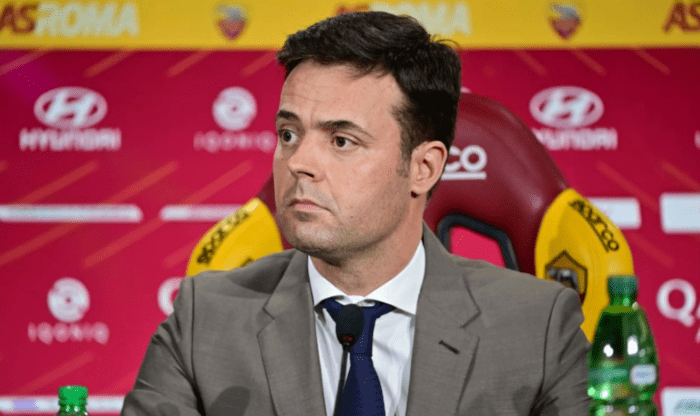 Whispers emerged over the past 24-hours that the Giallorossi reached an contract renewal agreement with the midfielder’s representatives.

Pinto, though, preferred to keep the details to himself, “I’ll continue to say what I’ve been saying: the will of both parties is the same, let’s see what happens.”

The Portuguese executive was then asked about the capital club’s recent results, including Sunday’s loss to Lazio in the Derby della Capitale.

“We won’t hide from the results. The most important thing after a loss is to learn what we need to improve on,” he said to Sky Sport.

“We had some disagreements regarding refereeing decisions in our games against Udinese and Lazio. We made ourselves heard, but we don’t want war or confusion.”

“We want to respect the institutions, but we’ve been incredibly angry about decisions in our previous two league matches because Roma were damaged. Historically, this club has always respected the relevant institutions.”

He continued, “From day one we said that this project needs time. After the first set of consecutive wins, we tried our best to curb the euphoria, we’re an ambitious club but we need time.”

“We can’t talk about the Scudetto right now. We’re well aware of the project that we have here and we want to develop it. The primary objective is to reduce the distance between Roma and success.”