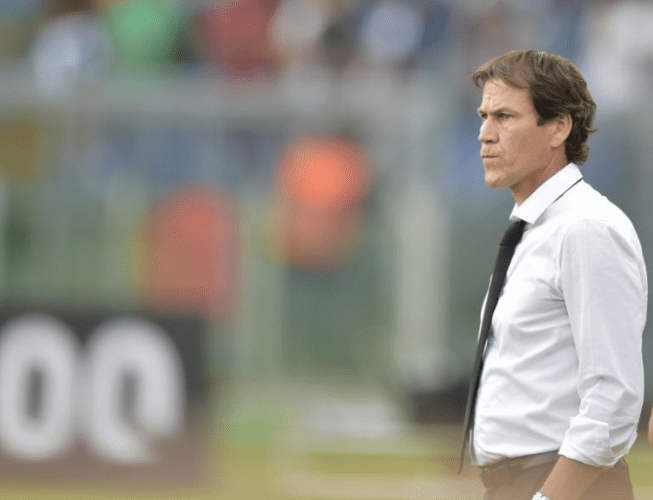 Former Roma manager Rudi Garcia was interviewee in today’s edition of Corriere dello Sport. These are his words:

At the Olimpico, the Lazio supporters will whistle you.
That’s right, since I am and will always be a Romanista. Just as long as everything remains in the context of fair play and the spectacle of the match: you are opponents on the pitch, not outside. It is not a war.

Would you ever manage Lazio?
Never. In Rome, there is only one club for me. Lazio deserves respect, the same that its supporters gave to me. But I took another path and I can not ignore it.

Marseille is home to another Roman reinforcement: Kevin Strootman. How were negotiations?
When I heard that Roma were going to buy Nzonzi, I called my sporting director, Zubizarreta, and asked him to make an inquiry. But in my heart, I did not think he would agree to come to Marseilles, since he had just become a father. Instead, perhaps Kevin did not feel the trust of the club at the time and I took advantage of this opportunity.

There were whispers that you lost authority after the rebellion of Totti when he was substituted against Torino.
I do not want to be vulgar but I can not find a better word: this is bullshit. We all know when my problems started in Rome.

Reveal it.
At the end of the season season, after the Derby which confirmed we’d finish second, I said what I thought about the gap to Juventus and the impossibility of winning the Scudetto. At that point it was over, my card was marked. Francesco said the same thing two weeks ago, in France we have a proverb which states that it’s not good to be right too early.

Who decided your fate then? Pallotta? Baldissoni?
I do not know, I do not care. I only know that contact with my successor (Luciano Spalletti) was ongoing for some time before I left so there was not much respect. I was already condemned since the start of the season but I got some things wrong, too.

Such as?
Allowing the club to move on from our trainer, Paolo Rongoni, who I resumed working with here in Marseille. I then accepted two guys chosen by the club (Darcy Norman and Ed Lippie) who did not come from the world of football: it was an error. There were too many injuries and they’d give me explanations. But I note – and I say this with genuine displeasure – that the problem has remained at Trigoria.