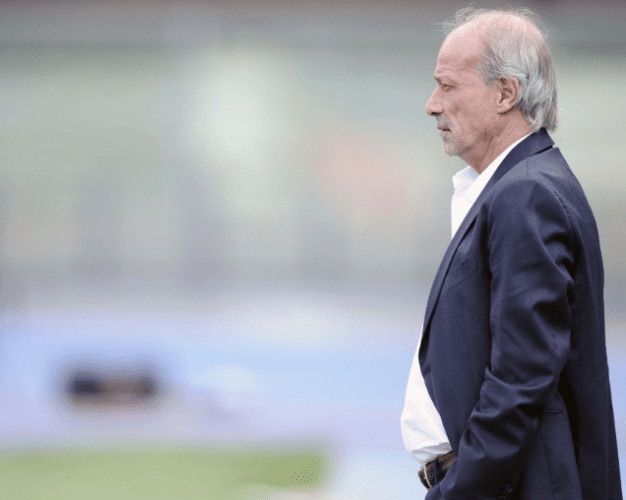 Roma continue to improve under Spalletti. Second place is possible?
The players and staff deserve something from the run-in.We go into Sunday’s game knowing there’s only one result possible. The team knows exactly what it’s trying to be – we want to win our last two games and then see what happens.

Were you expecting Roma to surge back the way they have in the last few months?
I knew the team had quality. I began hoping we could battle back as soon as [Luciano] Spalletti began work. Despite the fact that we didn’t get the results we wanted in his first two games, I could see a proper buzz on the pitch and there was great quality about the way we went about our game. That gave me real hope.

Roma have really been boosted by players coming on from the bench this season. Does the depth of the squad please you?
Yes, a lot. I feel a bad for those that don’t play but I love it when players come off the bench to help us out, as has happened recently with [Francesco] Totti, [Edin] Dzeko and many others, as you allude to. It’s clear that we have a very competitive squad and strength in numbers. As I said, the lads deserve something to celebrate from the run-in, as do the coaching stuff – they’ve shown wonderful faith in what they’re doing and that’s really contagious. It’s a group that can achieve big things for Roma in the present and the future.

How did you rate Kevin Strootman’s return to the starting line-up at Genoa?
It was Kevin. He didn’t win every duel, as he would do normally, but he won most of them. It’s difficult to describe how good it felt to see him return. I have to say that as well as the happiness there’s a bit of frustration there too, because it hurts me and it hurts Roma to have been without him for 450 days. That said, he’s back now and I’m sure he’ll kick on and go for years and years without further problems. He’ll be the player that makes the difference on the pitch in the dressing room.

There are just two matches left. Do you believe you can get second place?
I believe in football, in actions. Torino, for example, have just renamed their stadium in honour of the Grande Torino side and just a few days ago there was a ceremony in Superga to remember the passing of that fantastic side. I believe that things around football can bring strength and dignity. I’m sure that Torino will play as well as they can and try to get a result. From our side, we need to be wary of Chievo because they’re a tough side and they’ve shown that all season long. Football is a healthy thing and we’ve overcome many problems in Italy in recent years – I’m sure that all of the remaining games will see maximum effort from all involved.