Sassuolo 2-2 Roma, Bryan Cristante rescues a point at the death 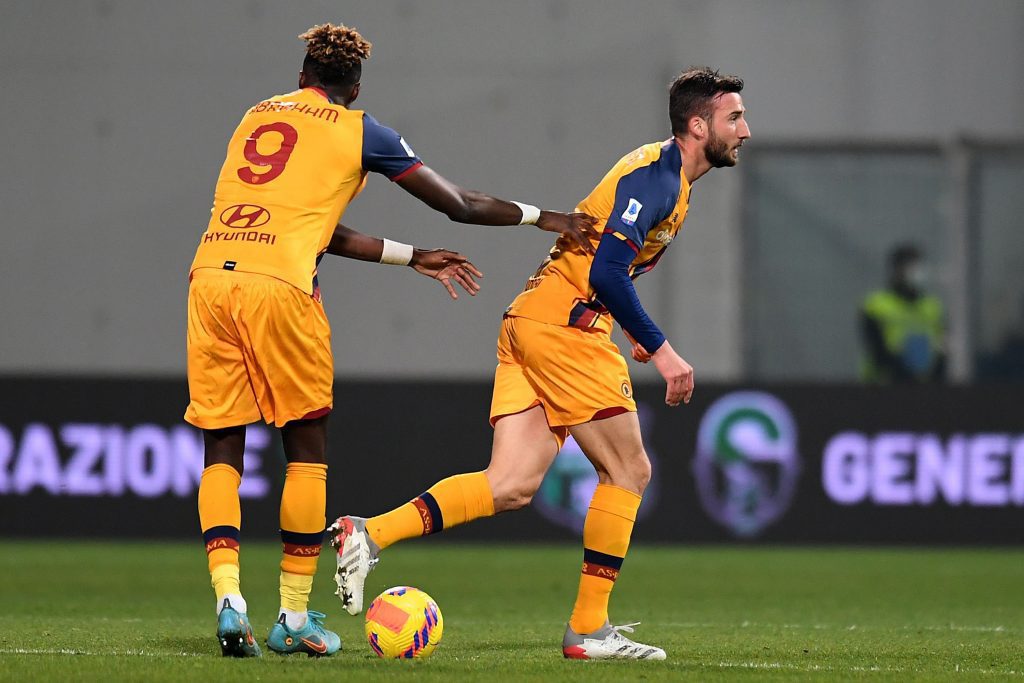 Roma avoided potential calamity this evening thanks to midfielder Bryan Cristante, who scored a headed goal at the death to rescue a point for the Giallorossi against Sassuolo.

Although the match ended 2-2, it was a sloppy display on both side throughout the match due to the poor conditions of the Mapei Stadium pitch.

Roma led at the break 1-0 after Tammy Abraham buried a penalty in the dying seconds of the first half. However, Sassuolo tied things up after a horrific mistake from goalkeeper Rui Patricio on Hamed Traore’s cross.

Traore, who caused problems for Roma all evening, fired the Neroverdi into the lead half an hour later. The youngster held off Rick Karsdorp after receiving a beautiful pass from Domenico Berardi and finished perfectly past Rui Patricio.

Roma looked destined for defeat up until the very last moment, when Bryan Cristante played the role of hero. The midfielder headed the ball just over the line after connecting on a sensationally delivered corner from Lorenzo Pellegrini.

Although he rescued a point for his side, Cristante’s emotions were muted during his post-match interview, admitting that Roma needed a victory.

“Clearly we wanted more than just a draw,” he told DAZN. “This wasn’t enough.”

“This doesn’t mean anything for myself or the team. We needed to win, this game would’ve meant something if we did that, but we didn’t.”

“But I want to thank the supporters, they were fantastic tonight as they’ve been all season. We simply to have to win more.”

Henrikh Mkhitaryan to do everything it takes to recover for Conference League final
| 17 May, 2022
Tiago Pinto praises Mourinho’s youth management: “If we have succeeded in this sector so far, much of the credit is his.”
| 16 May, 2022
From England: Newcastle United continue to pursue José Mourinho for managerial position
| 16 May, 2022