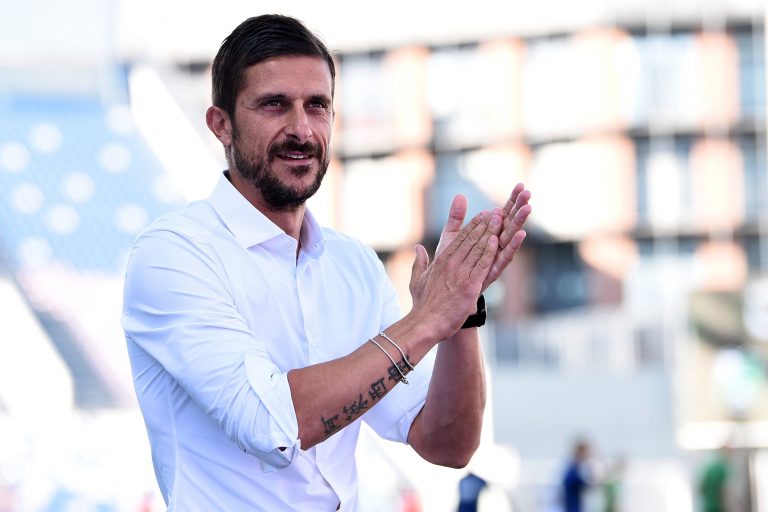 Alessio Dionisi is for the first time at the helm of a Serie A side. The young Italian manager inherited De Zerbi’s team and is ready to face Jose Mourinho’s Roma on Sunday.

The 41-year-old gaffer spoke to Corriere dello Sport and explained his adoration for Mourinho and his biggest fears going into the match at the Olimpico.

On Jose Mourinho and facing him for the first time as a coach:

“It’s a beautiful feeling. Mourinho has marked the history of football and when he stops, he will leave an indelible mark having won two Champions League with two non-favorite formations such as Porto and Inter.”

“He has great charisma and unmatched abilities. He is one of the best of the twenty-first century.”

“In recent years I have often met more experienced technicians. Fortunately, it won’t be me against him, but Sassuolo against Roma… I wouldn’t have thought it possible but somehow it happened… I can’t wait to shake hands with him.”

On what he fears most about Roma as an opponent:

“The individual talent and the desire that they have shown to sacrifice themselves.”

“It will not be easy for us because we will also have the Olimpico audience in front of us: that cheering must be a good stimulus and not affect us negatively as it did in Verona.”

“Although both are different players, we are talking about two great scorers. Dzeko links the game more, the Englishman is a real finisher, skilled in attacking the opponent’s area. Age is on his side.”

“It is important that we measure ourselves against Roma as they are, that is, a strong team that will play a high-level campaign. It will be difficult, but we will not be sacrificial lambs.”