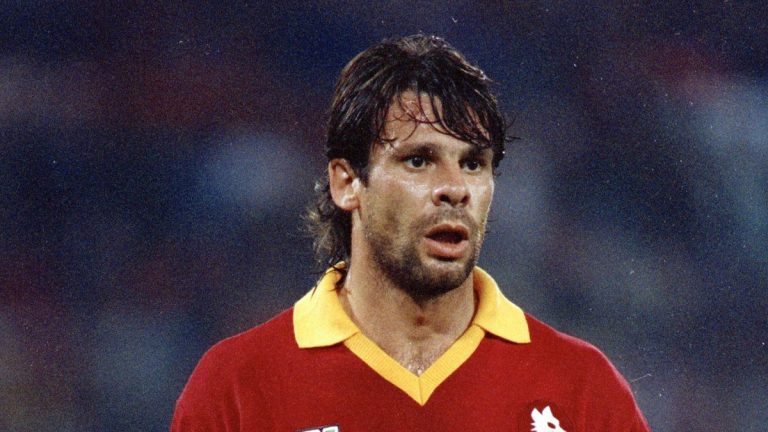 Former Roma defender and executive Sebino Nela discussed at length the various issues and concerns facing Mourinho’s team early on in the season and the opportunity of playing against a top team like Napoli in Sunday night’s engagement at the Olimpico.

“Napoli are on a crazy roll,” Nela told Centro Suono Sport. “It seems like this could be a special season for them, they’re off to a very hot start.”

“Roma sometimes play well, sometimes they don’t. What matters is that they have the points that allow them to sit near the top of the league table,” he continued.

“I think this is a wonderful opportunity for Roma, even a draw would be welcome, but hey, if they were to win this…”

“In the long run I think Napoli will come out on top but the Giallorossi are very hard to beat. They defend really well. If Roma decide to play a good defensive match, then might Napoli might struggle and hit a wall. That way, Mourinho’s men could rely on counter-attacks and set pieces.”

“Abraham and Zaniolo? They’re facing different issues. We know Abraham can score and did so last year. So, it’s a question of mentality, of confidence. Zaniolo, on the other hand, has enormous potential but must improve his decision-making. That’s also a mental aspect. He’s got great physicality, pace and technique, but he makes the wrong choices.”

“I’m particularly impressed with Smalling,” Nela added. “Of the effort that he’s putting on the pitch. You can never beat him one-on-one and he’s become even more aggressive than usual. He’s doing his job perfectly. For the past two years he’s been Serie A’s best defender.”