Some of the forgotten players from Roma’s Youth Academy 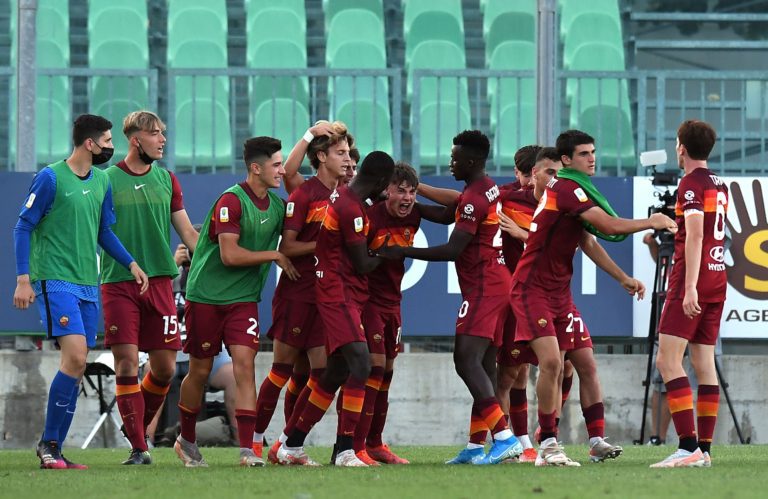 There is football and then there is Italian football. Every serious conversation about the history of world soccer cannot be called authoritative if this country hasn’t been mentioned at least a few times. A beautiful, breathtaking capital city Roma has many gems in its crown. But, many football fans visit this ancient Roman town for one particular reason. It’s safe to claim, without exaggeration, that AS Roma is among football clubs with the most dedicated worldwide fandom.

Since it was founded in 1927 as a professional football institution, the three-time Italian championship winner hasn’t always been the favorite child of Fortune. Despite everlasting rivalries with Lazio and Napoli, and serious financial issues, the club managed to stay relevant to this date. Because of so many successful students, AS Roma is highly respected for its International Academy.

AS Roma’s Academy’s all-year around program for talented 5 to 17 years old girls and boys uses outstanding educational methodologies to help them unlock their full potential. Although these little athletes have a lot of love for sports the journey to success and a professional career is often extremely demanding and full of challenges. Most high-class sports academies and colleges have education programs that include sports training, coaching, and exercising as well as sports science courses.

We have a good solution for how to succeed in your studies: while you are paying someone to write your essay, you can safely devote your time to football practice.

The main issue for sports students is not their commitment to education. Students often don’t have enough time to fulfill basic program goals and improve research, writing, or oral presentation skills. However, they can deal with this problem using professional help from an essay by EduBirdie and other writing services. Learning from sample essays and speeches provides an opportunity to learn not just basic components and useful tips, but also to see them applied to a particular theme. With a practical guide, students become more productive and less stressed and anxious. Additionally, they have more time for resting and hobbies.

Some of the forgotten stars of Roma Academy

There’s no shortage of options but let’s take a look back at some of the forgotten players that passed through the capital club’s Youth Academy over the past decade.

Midfielder Valerio Verre is just one in a long line of Rome-born youngsters to be discovered by Roma’s Youth Academy.

Verre was touted early on for his technical and attacking abilities from the middle of the pitch. Many expected him to become one of the building blocks of the club’s future, however, he never made a first team for his boyhood club, becoming a journeyman player bouncing between Serie A & Serie B.

The right back made a quick start to his footballing career after originally joining Roma’s youth ranks at the age of 10.

He eventually became an integral part of the club’s Primavera side, capturing the attention of several clubs in the process. In 2012, he left his boyhood club in order to join Bari, where he made 125 appearances in all competitions until he signed left for Brescia in 2018.

Currently he’s with Genoa in Serie B.

Known today for his tattoos or flamboyant goal celebrations, Amato Ciciretti is undoubtedly one of the most unique footballers to make his way through the club’s youth ranks.

The Rome-born Ciciretti originally joined the academy of in-city rivals Lazio at the age of eight. Three years later, though, he changed allegiances and moved to Roma, rising through the ranks before joining Carrarese in Serie C in 2012.

He never managed to find success in Serie A, though, he’s proven to be a capable player in Italy’s second tier.

Another Rome-born product, Alessandro Florenzi joined the Giallorossi’s Youth Academy when he was just 11 years-old in 2022.

He was among the standouts for the club’s various youth sides before garnering attention for his sublime performances during his loan spell with Crotone in the 2011/12 season in Serie B. The following season he joined Roma’s first team and established himself as one of the team’s building blocks.

After becoming a team captain in 2019, Florenzi remained Roma’s member until July 2022, when he signed for AC Milan, after a year-long loan. He is often described as a versatile, tactical, intelligent, and well-rounded person and player.

Napoli attacker Matteo Politano was a key part of Roma’s golden generation that emerged within their youth academy in the early part of last decade.

The now 28 year-old was a member of the Primavera’s 2010/11 title winning side along with the likes Luca Antei, Federico Barba, and Federico Viviani. However, he never made an appearance for the Giallorossi’s first team, leaving the club permanently in 2013 for Pescara.

He eventually spent three seasons with Sassuolo before moving to Inter in 2018. After eighteen months, he left the Nerazzurri and moved to the Partenopei in 2020.

Many young athletes have doubts about education and are uncertain how to proceed to have a long and fruitful career. Thankfully, with institutions such as Roma Academy and many college programs, this is no longer a matter of only one option choice.