Spinazzola discusses his injury, Mourinho, and more: “I want to return in six months.” 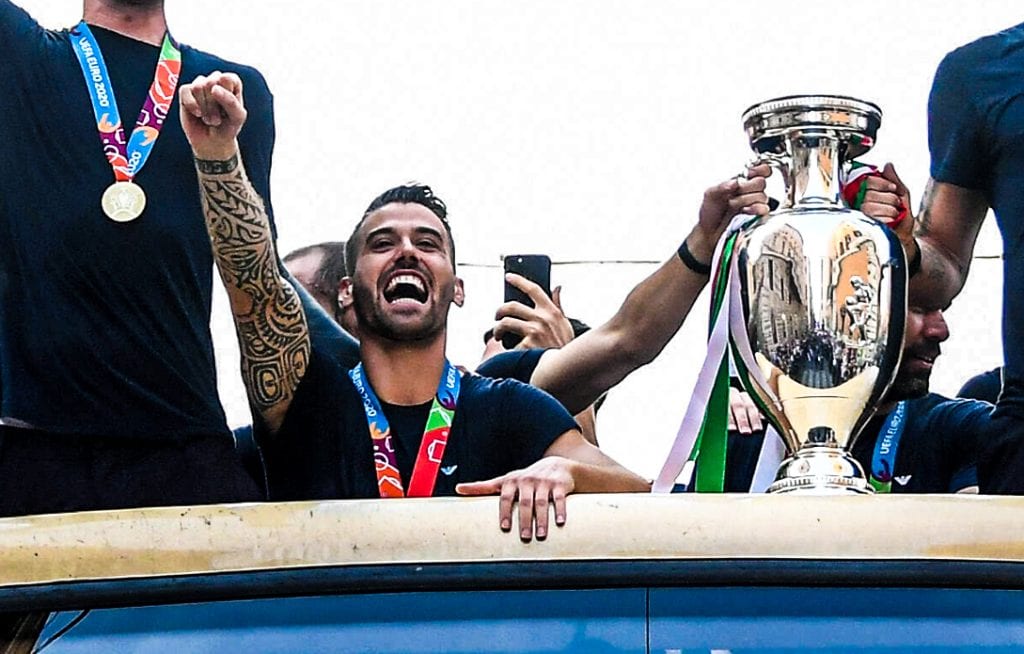 The 28 year-old ruptured the tendon during the latter stages of Italy’s Euro 2020 quarterfinal win over Belgium. It was a devastating blow for the ex-Juve man, who was among Italy’s top performers of the entire tournament.

“I knew right away that it was a serious injury, which is why I became emotional almost immediately,” he said to La Repubblica.

“At full-time, I was still upset and my teammates came in the dressing room to cry alongside me rather than celebrate the win. My smile returned right after that.”

“Let me be clear, though: I would do the exact same action that led to my injury again. If I’m able to create an extra meter of separation from the opponent to help my team, then I’ll always do it. This was the spirit of our national team: you have to give all of your soul for the team if you want to go all the way.”

Following Italy’s triumph in the final over England, Spinazzola was voted the best left back in the entire tournament. Despite the plaudits from his peers, the defender preferred to focus on the success of the team.

“My performances don’t matter, only the results do. This title was due to everyone – from the warehouse workers to the chef, this isn’t just about the players or the manager.”

The defender eventually underwent surgery in Finland to repair the torn tendon and is expected to return within six to seven months. After returning to Italy, Spinazzola had the chance to meet new Roma boss, José Mourinho, for the first time.

“It was a pleasure to meet him. He was very kind and told me that both he and the team will wait for me on the pitch. I just told him that he’ll have to be like me and be patient. If I am not back playing again in six months, I will go out there myself and see who tries to stop me.”