Spinazzola discusses his role, the Derby loss, and more 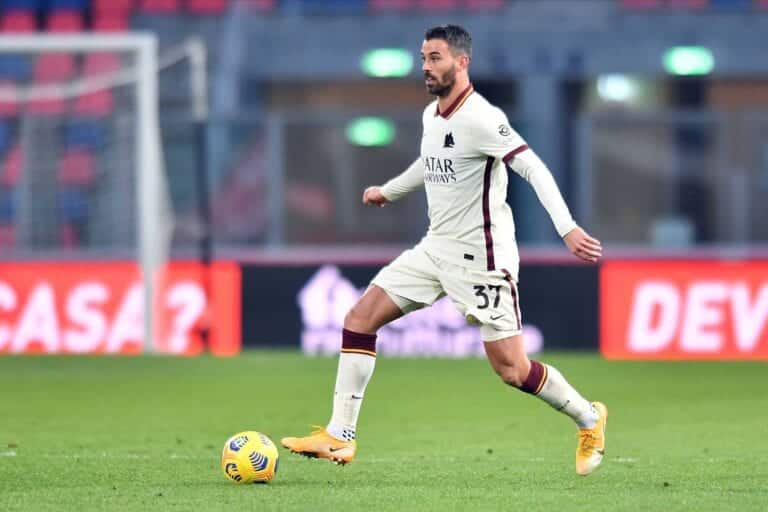 After having a nightmare season during his first year in the Italian capital, Roma left back Leonardo Spinazzola has had a renaissance campaign so far.

The Italian defender, who joined the club from Juventus, has been among the most consistent performers for Paulo Fonseca’s side this term and has become one of the most important players for Roma.

“I think I started improving in January 2020. I played some good games before the lockdown too – the Genoa and Lazio games come to mind,” began the defender when speaking to Roma’s official website.

“My mindset changed, this made a huge difference but I also worked incredibly hard during the lockdown. Before my cruciate injury, I was a bit maverick: I trained the right amount and looked after myself when I needed but played at a 100 miles an hour.”

He continued, “After my injury I started doing things differently because of my knee: I did more work in the gym. When I joined Roma I tried everything, even altering my diet, but it didn’t change anything. And the reason, besides the fact that I was playing on the right, was my mindset.”

The Giallorossi currently sit third in the Serie A table and have been one of the surprises of the season — though, Spinazzola claimed that his side have been aware of their capabilities for some time.

“Since June we’ve been aware of what we’re capable of. The more games you win, the more confidence you pick up, the first two victories we earned this season were definitely important for us.”

The defender also touched upon some of the team’s most recent defeats including the one against Lazio in the Derby della Capitale and against Spezia in the Coppa Italia.

“Of course the Derby still hurts. Moments decide matches but you have to make sure the moments go your way. If you go 2-0 down in the first 20 minutes, it becomes difficult because that’s where they excel. They got 10 men behind the ball and doubled up on us all the time. We’d lose the ball and they’d break”

“They kill you then because it drains you mentally and physically. You think you’re never going to find a way through, you can’t see any openings and then you have to sprint back 60 yards to defend against players who are fast and good on the break. All it took was two moments but that’s football for you.”

“You can lose games, although no one likes to, not even in friendlies, and we’re as angry as anyone, but one thing is certain: we haven’t forgotten how good we are. That’s important because it means we’re all level-headed – which is especially important in Rome.

“After the Derby, we were third and some people starting saying the club should get rid of everyone. We’re angry because we want to win every match and the derby especially. No one likes to lose but we’re third.”

Discussing himself, Spinazzola admitted that he feels more comfortable playing on the left even though he’s right footed — conceding that it gives him an advantage when taking on attackers.

“I play on the left – that’s my position. I see it as a good thing because I try to use my left as well. Going forward I’m like an inverted winger, as our forwards often play.”

“I’ve been playing left wing-back for five years now and I’m comfortable there. I find it harder on the right. I’d have to get used to it and change my whole way of playing, starting with my body posture.”

“My change of pace? I know some people are surprised by it but I’ve been doing it for four years. I played like that when we finished fourth with Atalanta, but perhaps I went unnoticed. Then I got injured and was out of the spotlight for a bit, but that’s how I play.”