Szczesny: “We want the Scudetto.” 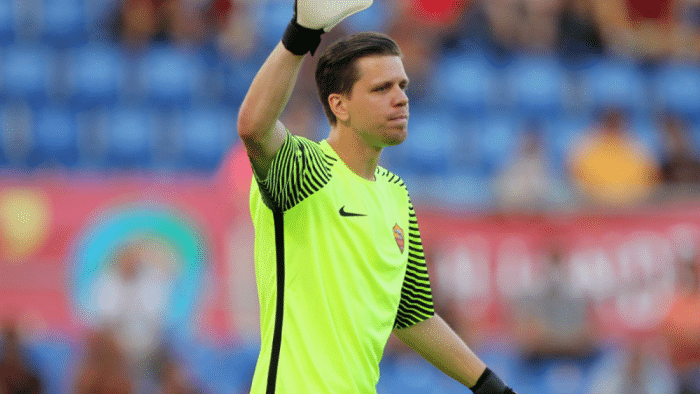 Roma goalkeeper Wojciech Szczesny sat down with Roma TV to discuss Sunday’s meeting against Atalanta, here are his words:

The international break came at the end of a good spell for Roma. How easy will it be to get going again?
I’m not sure how easy it will be, but it will be very important. We won four games and drew one, against Empoli – but we played well in that game as well. So we’re confident at the moment and we need to keep the run going, because I think if we keep playing the way we have been then good things will come for us.

On Sunday you take on Atalanta, one of the best performers in the league this season. What sort of game are you expecting?
It will be very difficult, we had a very difficult game there last season as well when we drew 3-3 – so we are well aware of their attacking threat. They have been defending very well at home as well this season, so it will be a very, very tough game. But as I said if we can get the first three points after the international break then it will give us another boost of confidence and we can move on from there.

The game against them in Bergamo last season came at the end of the campaign, so is there still a lot you can learn from it going into this match?
I think there is a lot to learn from that game because that game, at the end of that season, cost us the second place. Had we won that game we would have been playing Champions League and we would have met our objectives for last season. So there is a lesson to be learned: We have to take the game seriously, take an important three points, and then take it from there.

Roma have a number of difficult games coming up over the next month and a half. There’s the derby, Milan at the Olimpico and then Juventus in Turin. Could this period prove decisive in terms of how the league pans out?
I think any period… if you can put a good run of wins together, it does not matter if it is against Juvenuts or Milan or Lazio, every three points are just as important. So we realise it is an important period for us, before the winter break, if we can be at the top or near the top of the table it would be a good position for us to push on from January. So we realise how important it is – it’s all in our hands really.

In addition to your Serie A commitments, you’re looking to top your group in the Europa League. How important is it to seal qualification against Viktoria Plzen?
Yeah, massively important. We all know that we did not want to be in the position to play in the Europa League this season but we did not qualify for the Champions League, so now it is our responsibility to go as far as we can and try and challenge for the trophy. We’ve done reasonably well so far in the competition, so if we can keep going strong and keep getting the wins then it would be a nice competition for the club to be in.

When you play Atalanta, there will be a few players available for selection having come back from injury. How important is it to have a full squad again?
I think it will be crucial, especially with the Europa League games coming in and playing every three days, it’s massively important that you can rotate the team. We know we have depth in the squad and the Mister can rotate, so it will be very important to use all the players in the right way and they can all bring something to the team – so that’s important for us.

The team has been able to manage despite the number of absentees, which demonstrates the depth of the squad and the players’ character.
Yeah, we did play a lot of games in a very short period of time with about … I think when we went to Vienna we only had about 16 or 17 players fit. So we still managed to get the win and we won the last game against Bologna – so we showed we can deal with it but it is always better to have that depth so you can rotate or make a change if someone gets tired, or someone gets a little knock. You don’t have to take risks. So it’s important to have the players back.

In the last two league games, the team hasn’t conceded. What do you think has changed?
I think we’ve just played really good defensively. The last two games, against Empoli and Bologna, we were strong going forward – we were unlucky going forward against Empoli, Skorupski made some brilliant saves but defensively we didn’t really give them anything. Against Bologna they didn’t really have a clear-cut chance – so it’s a positive sign because when you don’t give chances away you don’t concede goals, but also it means you are doing something defensively and it is a good sign for the following games.

Where does the team need to improve? Perhaps in keeping concentration levels high?
I wouldn’t like to think that concentration is one of the areas. I think we can still be more clinical, I think there is still room for improvement there. Like the game against Empoli – we played well, we dominated the game, but despite Skorupski making some great saves we should have buried some of the chances. So it will be important to make sure we take the chances we have and win the games we can. Being clinical is still something we can improve on.

Previously, Spalletti has said your ability to stay cool is your best quality. Do you agree with that?
I don’t really feel the pressure, maybe that’s why. I approach every game the same way: I don’t change my preparation, I don’t change my mentality for the game, I just go out there every time to get the three points. So someone might say I deal well with pressure; I’d just say I don’t feel the pressure!

The boss says he’s observed a different mood in the dressing room. He can see that you are ‘looking in the right direction’. Do you also think there’s been a change in attitude?
I’ve never really seen a bad approach from the group. There might have been a slight difference in terms of getting the three points every time we can, and not conceding silly goals on counter-attacks. So, maybe, but that’s down to the performances too – when you win six out of the last seven games like we did then it’s easy to say there has been a change. So I think our approach has always been spot on, but recently we’ve turned up the performances just a little bit.

And finally, what do you think about the situation in the league? Do you reckon Juventus can be caught this season?
Yeah, absolutely, that’s what we are here to do. We are not here to challenge for second spot, we want to go out and win the competition, whether that’s Serie A or the Europa League. So we are still very much focused on winning the Scudetto. We believe we can do it: we believe that Juventus are obviously the favourites but we won’t give up and we’ll give them a very hard run.