Tammy Abraham: “Mourinho’s the best manager in the world.” 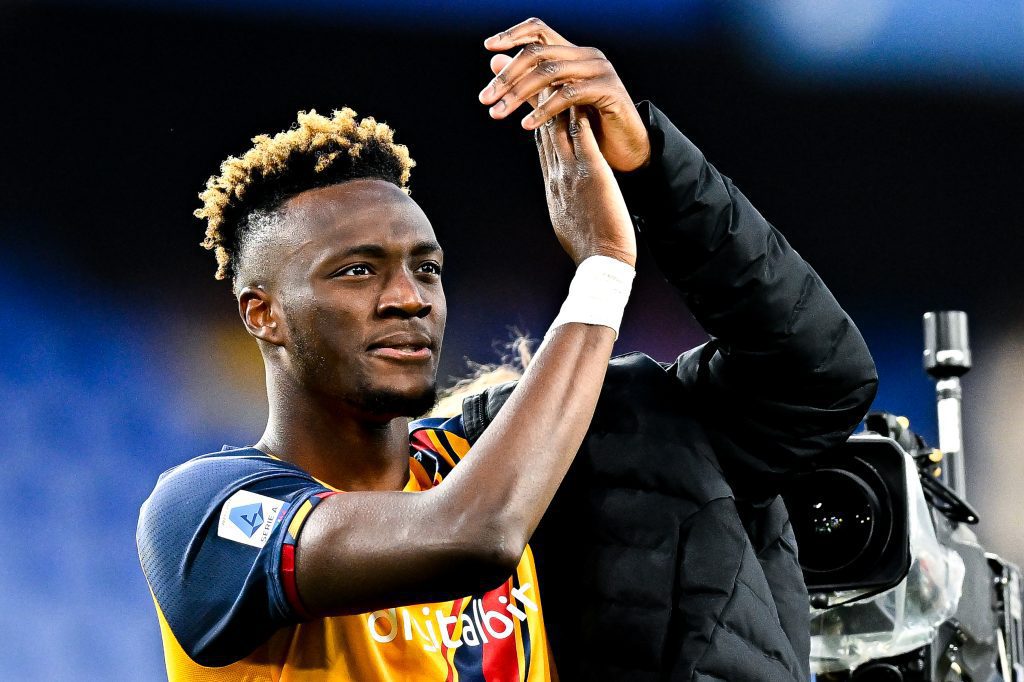 Tammy Abraham continues to be hailed as the hero of Roma as the team keep on improving their unbeaten streak late in the season.

The English forward took the opportunity during the international break to release an interview to talkSPORT where he shared his experience of working with Jose Mourinho, his thoughts on his past and future, and more.

Asked if Jose Mourinho being his manager got him to join Roma, Abraham told talkSPORT: “It [Mourinho] was a factor involved, yes.”

“But my dad, parents and agent sat me down and said ‘you scored goals at Chelsea, Swansea and Bristol City, go and test the waters, go and experience life abroad.’”

“When they were speaking it kind of dawned on me that not many players can say they’ve gone out in Italy, to Serie A and a team like Roma.”

“I never back down from a challenge so when this challenge came along I thought as I’m still young this is the best time for me to go and do it.”

On Mourinho, Abraham had a lot to say, “You know Mourinho’s a character that we all know.”

“He’ll never tell you but I always want to do my best for him. He pushes me to do my best. When I feel like I’ve done enough he tells me I have to do more.”

“I experienced him when I was at Chelsea as a kid, I went to train with the first-team and he was always hard on me, he was always pushing me to better myself – I felt like when I did something right he’d tell me to do it better.”

“That’s exactly what I needed, that push and that drive, especially after the difficult season I had at Chelsea where I wasn’t playing and getting much game time.”

“To come here and have a manager like Mourinho to coach you, to believe in you only gives you more confidence.”

Abraham then touched upon recent rumors linking him with a premature return to the Premier League with clubs like Manchester United and Tottenham turning their attention toward him.

“When I see reports linking me with other clubs it makes me feel good, it makes you feel like you’re doing something right. It’s a nice feeling seeing your name all over newspapers.”

“But for me it’s about focusing on doing my business here. I can keep getting linked with many clubs but who knows what the future holds?”

“Of course I grew up in England, I’m a London boy. So maybe one day I’ll be back in the Premier League to make noise there.”

“But for me right now it’s about focusing on Roma, on doing the best I can and hopefully winning these guys a trophy which they haven’t done in many years.”