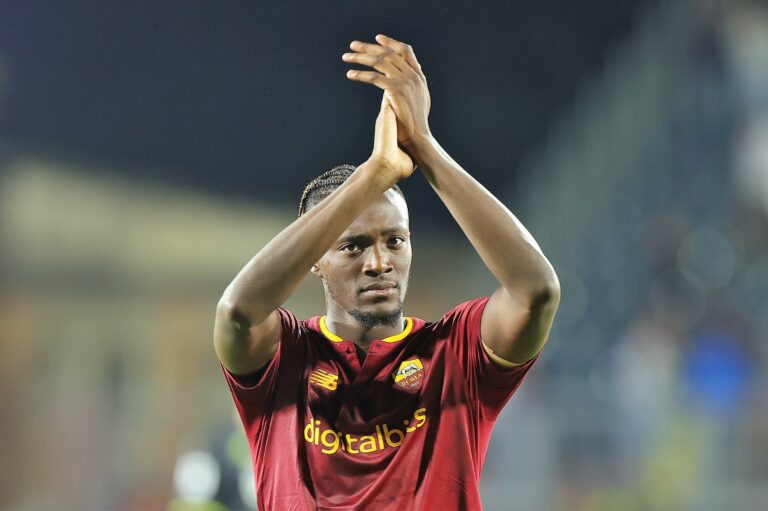 Roma attacker Tammy Abraham discussed at length his role in Jose Mourinho’s Roma as well his relationship with the Special One and Giallorossi’s latest big summer signing Paulo Dybala in a recent interview with Daily Mail.

“If you’d told me a couple of years ago I’d be playing in Italy, I wouldn’t have believed you. Leaving Chelsea was difficult, it’s where I’d grown up from the age of seven.”

“I didn’t know much about Italian football but it has helped me develop as a player and as a man. I’ve come out of my comfort zone and don’t have any regrets. I love the life and it’s brought out another side to my game.”

“At Chelsea, I was viewed purely as a goalscorer. Here, I’ve learned different aspects of the game. If our opponents have more of the ball, I know how to position myself defensively. You have to be more clinical finishing chances because they can be limited.”

“Italian football is very tactical. Teams want to stop you from scoring as much as possible. I think they mainly focus on stopping goals which does make it harder for a striker of course.”

“One thing I had to learn quickly was how to win free-kicks. Holding the ball up when your team might need a breather, getting the cheap fouls as we would call them in England. Little things like that, I’ve added.”

On Jose Mourinho, Tammy didn’t hold back his admiration: “He is one of the best for man-management. He knows how to speak to players, the best way to deal with each one.”

“In my case, he never tells me how well I am doing. At half-time, I never get a ‘Well done’ even though in the back of my mind I am thinking, ‘You know I’m playing well’. He always wants you to do better.”

“Before the Europa Conference semi-final against Leicester last season, he dragged me into a room and said: “Tam, I don’t think you have been good enough”.

“I was surprised because I had scored in the previous game! I asked what he meant and he said he wasn’t seeing the Tammy he saw play against Lazio for example. It was motivating and I did end up scoring the winner against Leicester.”

On Leonardo Spinazzola’s recent recovery from a devastating Achilles rupture: “He’s back now and doing well. It’s always difficult when you first come off a long injury.”

When asked about life in Italy, Abraham said, “I spoke to Chris Smalling before I signed and he told me good weather, good people, good food, good league. He’s not been wrong. Rome is beautiful. I have been around and admired the history. Places like the Colosseum built so long ago.”

“The fans are so passionate, everywhere you go it’s either Roma or Lazio — the rivalry is crazy. You can stop at a petrol station and get mobbed, it’s different to London where you can lose yourself a bit more. It took a while to get used to but the people are lovely when you see them. You just tend to spend a little bit more time at home!”

Finally, on Paulo Dybala: “He’s talented. As good as he is on FIFA. He brings leadership qualities as well even though he looks like he’s 12 years old! He’s got that experience of winning trophies at Juve which is what we needed.”

“It’s good for me personally, we are building that partnership,” he concluded.