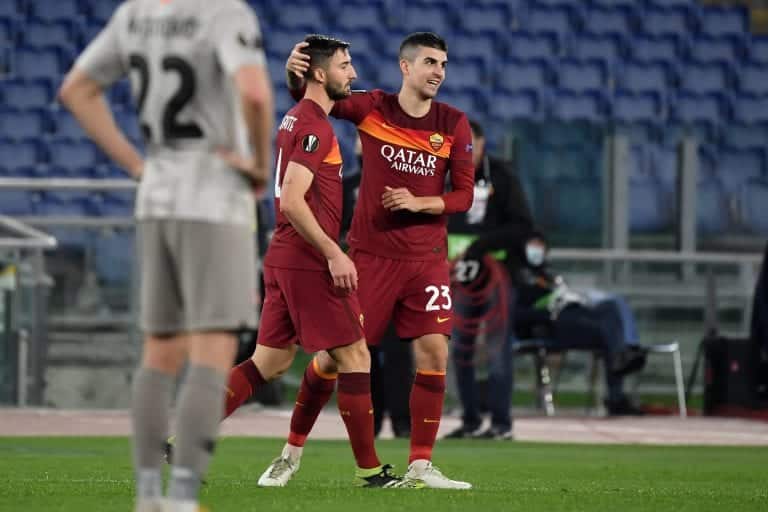 The Italian duo featured prominently for Roma this past season and emerged as two important figures for the Giallorossi’s backline. Both are signed to long-term contracts with the club, though, Riso admitted that he’ll meet with the Giallorossi soon to discuss extending Mancini’s contract.

“This is a topic that we have to examine with Roma and we’ll do so soon,” he explained.

“Gianluca has a strong character, he’s a warrior ― so it’s normal that he’s still upset about the exclusion. He didn’t want to be on the beach on holiday somewhere, he wanted to be a part of the group.”

“In my opinion, he’s one of the strongest Italian defenders. But these decisions are up to the manager, it’s my not place to answer why he was excluded. Mourinho? He’s spoken a bit to all the players, but was discussed is between them.”

When discussing his other client, the versatile Bryan Cristante, Riso lauded his character for being able to adapt to so many different roles on the pitch.

“It’s up to the manager which role Bryan plays on the pitch. But I can say that he’s a champion, with a good mindset and personality.”

He added, “He’s a lad with a unique mentality, which is demonstrated by the fact that he wore the captain’s armband for Roma this season.”