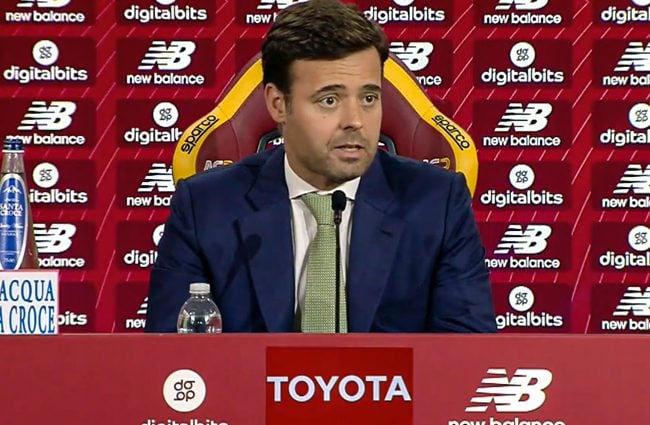 The Giallorossi were among the most active sides in Serie A this summer, they welcomed Paulo Dybala, Nemanja Matic, Gini Wijnaldum, Andrea Belotti, Mile Svilar, Zeki Çelik, and midfielder Mady Camara.

“I want to begin my thanking all the people at the club that worked with me during the market, it was a tough three months—even for the guys in the press office,” began the Portuguese executive.

“The team has been improved—which was our objective. Now we have more options at our disposal but I don’t agree that this instantly prepared to fight for the Scudetto. Roma is the fourth youngest team in Serie A, we want to give space to youngsters like we’ve done with Zalewski, Felix, Darboe, Faticanti, and Karamtisis.”

“We need balance, we want to be able to count on youngsters while also relying on veterans like Dybala, Wijnaldum, and Belotti. The team is stronger today, but the most important thing is Mourinho’s leadership which has allowed our players to grow.”

He continued, “We expect things to go better than last season but we don’t want to discuss the Scudetto, it’s still only September. The work done by the club and team on a daily basis is more important than the transfer market. As Belotti said yesterday, we must try to win every single game we face.”

He also discussed some of the players the Giallorossi missed out on, including Sassuolo’s Davide Frattesi and Bodø/Glimt’s Ola Solbakken.

“After our whole team, Frattesi is my favorite player in Serie A,” Pinto admitted. “In my opinion, he’ll become among the strong midfielders.”

“However, this is the market: I go to a club, I ask, then the club asks for what it wants and I have to respect that. There are two important things to note: I don’t use the media to negotiate, this is the first time I’ve even discussed Frattesi.”

“Everyone made their valuations but ultimately we couldn’t get anything done and that’s fine. What I regret most is that the discussions weren’t kept between us clubs.”

“Solbakken? He’s a free agent in January, if he’s still available and hasn’t signed with another club we’ll assess it and make an attempt.”

Pinto also addressed the situation surrounding attacker Nicolò Zaniolo. The youngster was heavily linked with a move to Juve earlier in the summer but talks never progressed and he ultimately remained in the Italian capital.

“His transfer was never close,” he confirmed. “As I’ve already said, last year was a recovery season for Nicolò and I believe he’ll be much better this year.”

“There’s never been an issue between he and Roma, he’s young, happy, and has helped the team. Now he must focus on recovering from his injury.”

“I called Vigorelli (Zaniolo’s agent) a little while ago and told him we have to start organising our meeting so as not to not take up too many pages of the newspapers.” 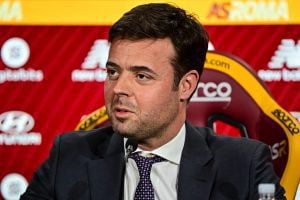 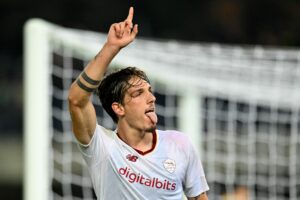 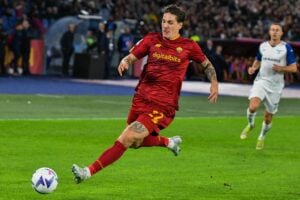 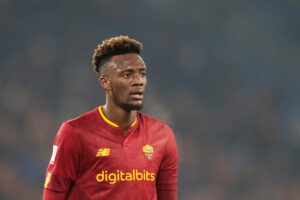 Manchester United in pursuit of Tammy Abraham and Napoli’s Osimhen