Time’s up: why Sabatini has to go 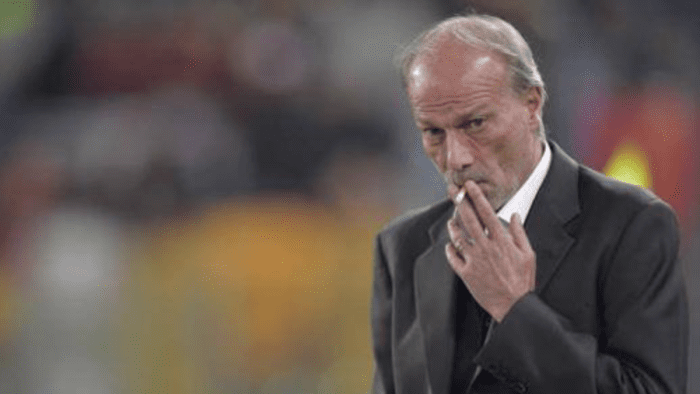 Roma continued their run of stale, unimpressive play in their 1-0 loss against Fiorentina yesterday evening. As the Giallorossi’s streak of 21 matches came to an end, Roma, and fans included, are certainly left to wonder what they have to do in order to get their season back on track.

But let’s take a step back. Back into the summer transfer window. This is where, for me, the “unraveling” of Roma started.

While I maintain that manager Luciano Spalletti has a huge hand in the responsibility of the team’s early struggles, the main culprit of this “disaster” Roma find themselves in is the fault of sporting director Walter Sabatini.

It has been an awkward 6-8 months for Sabatini. First, he was slated by the media for bringing in both Diego Perotti and Stephen El Shaarawy in January, which, according to sources, even drew the ire of president James Pallotta. Then, Sabatini submitted his resignation to Pallotta before having it rejected by the president. Now, Sabatini find ls himself, again, in the middle of the firestorm after failing to properly reinforce the Giallorossi this summer, arguably one of his worst transfer market sessions since he joined the club.

We could go through and individually dissect every single move (or lack thereof) that was made this summer, but why? The proof is on the field.

It was another summer. Another overhaul of the defence. Another sale of a major player. Another early failure in the early stages of the season, which, despite whatever nonsense Baldissoni or Sabatini spews, greatly impacted the transfer session of Roma and handcuffed the club’s ability to bring major reinforcements. In short: it was a complete failure at the hands of Sabatini.

The early injuries of Antonio Rüdiger and Mario Rui gave Sabatini ample time to attempt to find proper reinforcements. Was that done? Nope. In fact, not even close. When the answer to any question is “Juan Jesus”, it’s always the wrong answer. When Kostas Manolas, undoubtedly the only worthy defender of Roma, is asked to partner with his third different central defender in the same amount of seasons, it’s a failure. When Alessandro Florenzi is asked to play as a right-back and continues to play poorly match after match but is forced to play there because there are no other options, it’s a failure.

Sabatini has been a failure. While he certainly receives a bit of a reprieve of having to work around Roma’s financial constraints, he continues to make errors that even the most amateur of football fans wouldn’t make.

It’s time for Roma to allow Sabatini to leave and stop holding him hostage. The club cannot afford to allow Sabatini to take charge of another transfer market window. Let Sabatini depart and give the position to his protege: Ricky Massara. Massara has been Sabatini’s right-hand man for a number of years dating back to his time at Palermo. Massara is more than ready. He understands the club, the environment, and the expectations. It’s time for a new voice, a new direction: it’s time for the tenure of Walter Sabatini to end.