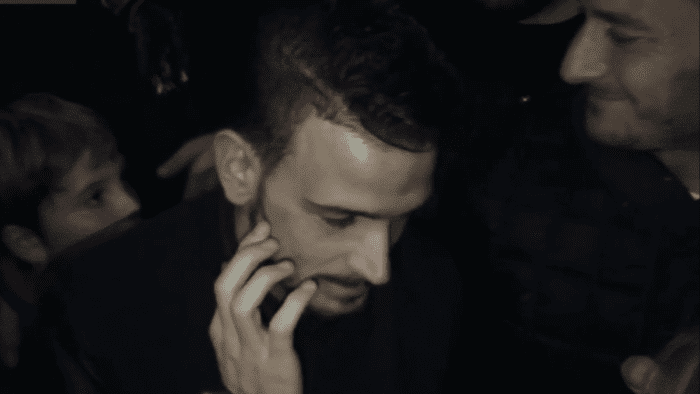 La Gazzetta dello Sport: A meeting. A meeting to clear the air and talk.

The Giallorossi’s three Romans, Totti, De Rossi, and Florenzi, met with roughly 500 fans at PalaGEMS in the Tor di Quinto area of Rome last night. These fans represented the different souls of the Curva Sud.

The trio were greeted very warmly by the fans, who pleaded with the players to “Beat Lazio!”. However, the nightmare of that remains regarding the barriers and the Curva Sud is too overtaking and too strong to ignore. This isn’t the time to talk about football on the pitch, but instead the universal passion behind it.

The goal of the three is obvious: plead with the fans to return for the Derby.

Florenzi was the first to speak saying, “Our relationship with the fans is always great, they’re fantastic and passionate. We are all brothers, Daniele and Francesco have lived through the best times when there were so many fans in the stadium. I arrived a bit too late so I have been penalized. Hopefully things are put into place to get our fans closer to us because everyone knows how important they are.”

De Rossi was next, “It’s obvious everything has changed. The relationship with the fans is different, there are a thousand filters between us and them, and some of the spirit of those who are here has been lost. Hopefully the Curva Sud of the old days can return.”

The final appeal for the fans to return comes from Totti, “We want the fans to come back, just like old times. We need to conquer our goals.”

The message of the three Roma players is clear: the fans are too far away, but the impression is that the outstretched hand of Totti, Florenzi and De Rossi will not be accepted. Of the about 15,000 tickets available in the Curva Sud, only 2,500 were sold.