Totti: “I hope Roma can do better and compete for a Champions League place. Fonseca? We must stay close to him”. 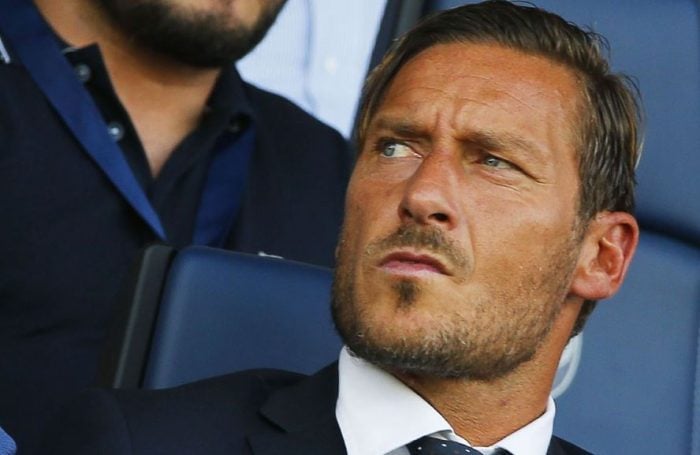 Former Roma captain and director Francesco Totti was interviewed today by Radio Radio and discussed a variety of topics regarding the Giallorossi. These are his words:

Can Napoli and Inter challenge for the Scudetto?
I think they can bother Juve until the end, but we all know that when there’s pedal that needs to be pushed, Juve always does it to the maximum. Juve will win it, but it will be more difficult.

Have you planned a trip to Argentina to go to De Rossi?
There’s some things I want to see in Argentine, but surely I’ll go see him.

How do you plan on experiencing AS Roma this season?
It’s definitely different than what I’m used to and have always done. Watching the match on Sunday made me think…reflect. I made a decision that I continue to respect. As a supporter, I hope the club can do more than what we’ve seen in recent days so that they can compete for a Champions League place.

A suggestion to Fonseca?
He must always be himself and not worry about what is happening from the outside. The supporters are on his side – he did everything he could to join Roma. From what I know, he’s a good guy, a great manager with the right ideas and principles. We must stay close to him.

Have you thought about what you’ll do for the next few years?
Going back to the press conference, I said that I had 3-4 proposals in Italy and in Europe, but I had to take time and really decide. Now I have reflected and I will surely take a path, which hasn’t been revealed to anyone. I’ll reveal it soon: it’s still in the world of football.

What do you want to say to Roma fans?
The love is mutual and will always remain. I will always be by their side even if I am not with them in the stands.