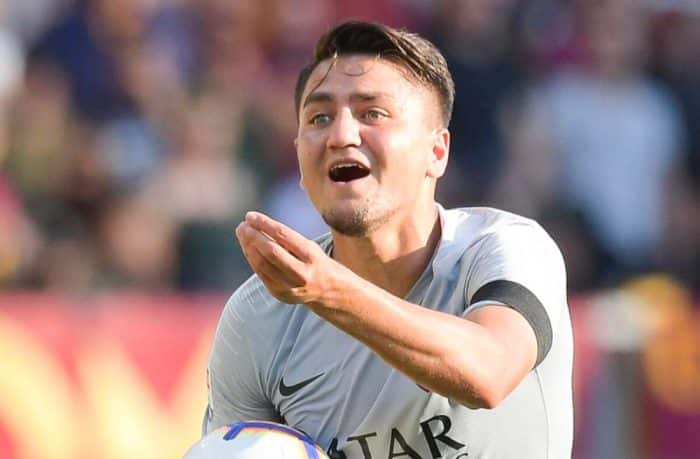 Cengiz Ünder gave an extensive interview with Sky Sport ahead of Sunday’s match against Chievo. These are his words:

Last 4 February in Hellas Verona-Roma came your first goal, which then turned out to be decisive. That goal, your first in Serie A, was that the moment that changed your adventure in Rome?
Since January, I proved to be an entirely different person and the goal finally came against Verona – but it’s something I knew would happen. Then, more goals arrived following that one and I ended up scoring 8 goals, so I am very proud and happy with what I did, I hope I can do even better this year, but that was an important moment for me and the team.

That goal allowed Roma to “restart” in the league. Do you expect the same to happen against Chievo?
I hope so, now it’s been a few weeks since the start of the season so I’d like to score, that’s just how I am, as soon as I score a goal the rest falls into place. So I hope that’s the case this time, too.

After eliminating Barcelona, ​​do you think that Real Madrid will look at Roma with more respect?
We had an unlikely result in the first leg against Barca but then we garnered a result that not many expect, so I think everyone will have more respect for us.

Who is faster thru 100 meters, you or Gareth Bale?
In my opinion, Gareth Bale.

In your opinion, what is the most beautiful goal you scored in the Roma shirt?
For me, the most important and significant goal was the goal scored in the Champions League against Shakhtar Donetsk, it was of particular importance, while the one against Verona was also important, it was my first goal in the league and I won’t ever forget that.

Roma's Nicola Zalewski called up by Poland for Nations League
| 17 May, 2022
UEFA President Aleksander Čeferin: “I received a message from Mourinho after Roma reached Conference League final. He was very emotional.”
| 17 May, 2022
La Repubblica: Roma favourites to land Paulo Dybala in free agency
| 17 May, 2022