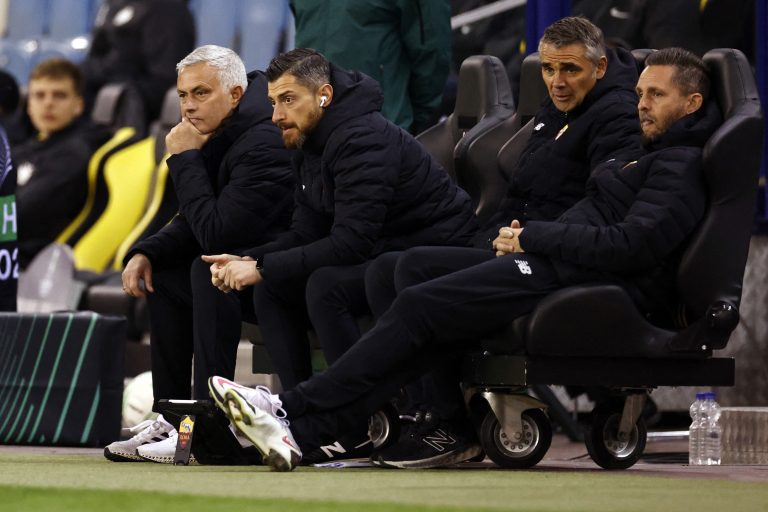 It wasn’t pretty but ultimately Roma get the win in Holland on Thursday night as part of their midweek Conference League fixture vs Vitesse.

A goal in the first half by Sergio Oliveira was enough to grant the Giallorossi a much needed victory. The Portuguese international was later on forced to exit the pitch due to a red card which put Roma in a difficult position in the final fifteen minutes.

The defense, and above all Rui Patricio, managed to keep another clean sheet.

When asked to give an analysis of the game, Mourinho said to Sky Sport: “We didn’t control the first half, I would go as far as to say that we didn’t deserve to lead after the first half.”

“We didn’t do much in order to score, we had several issues,” said the Special One.

“But we were lucky and in the second half we played much better. Defensively we controlled the game well, even though it was very difficult.”

The Portuguese technician was asked about Oliveira’s red card to end the game. “We’re trying different things given the absence of a true regista.”

“Today Veretout and Sergio did not control the game well enough, the second half was different. I don’t want to say that Cristante was better than Veretout, but that we fared better then.”

“Tammy’s position was disconnected from the rest of the team.”

“For Veretout it was difficult to dribble and press. Same for Maitland-Niles. Rick did better, in the second half I never had the feeling that we could concede a goal. In the first half I was happy to have finished the way we did.”

About another clean sheet, Mourinho smiled and said, “We’re trying to build something from day one. Perhaps now we have more stability, Spinazzola is the only one who isn’t here with us right now.”

“In Udine we won’t have Mkhitaryan and Kumbulla, while the return with Vitesse we’ll be without Mancini and Sergio.”

“Now we are more compact, we have more solutions, the team understands me better. It is more pragmatic. Today, even in a moment of difficulty, the boys reacted well.”