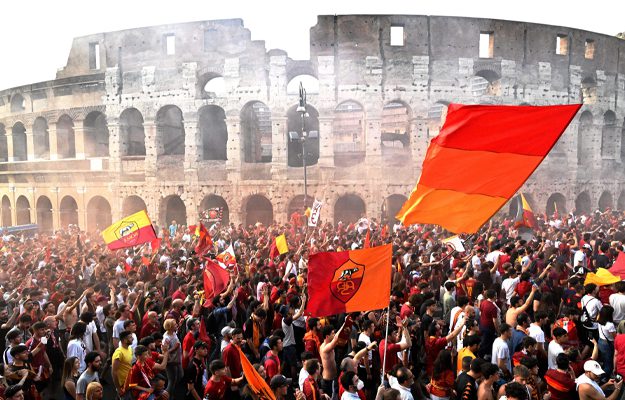 Italy is one of the most popular countries in the world when it comes to food, tourism, historical sights, and sports. It’s no secret that football, or calcio, plays a huge role in the country’s culture—so it’s unsurprising that sports betting is also extremely popular there, too.

The online gaming and betting industry has boomed over the past two years in Italy. To meet demand, sportsbook have flocked to the country and are offering intriguing promotions such as the bonus from Betano, where you can also find a variety of odds to bet on Italy’s top footballing competition Serie A.

Even though many people in Italy watch all sorts of football competitions, the local league plays a special role for many of them. Serie A has always been one of the top-tier football leagues in existence. Even though the big Italian clubs haven’t had the success of their Spanish or English counterparts in the last few years, everyone knows they are among the best.

Therefore, we want to pay special attention to AS Roma, one of Italy’s oldest and most reputable clubs. Founded in 1927, the team has only been relegated from Serie A once, and it happened in 1951-1952. Here are some fascinating things about Roma, the city, the supporters and the team known for such footballing legends as Francesco Totti, Daniele De Rossi and Bruno Conti.

Let’s face it, online bettors want to win as much as possible. As a result, many people often wager on the best football clubs. Even though some users choose Juventus or AC Milan, AS Roma is one of the preferred alternatives for many online bettors.

Although the team from Rome hasn’t won Serie A in a couple of years, it is notorious for its stable results. In fact, the club often defeats some of Europe’s strongest teams, even if it is not in the best form.

Since some matches with AS Roma are difficult to predict, this club provides Italian bettors with really high odds. Even if you choose some standard options like 1×2 or Over/Under, you can expect to find odds north of 2.00.

Last but not least, we also have to mention some information about the individual bonuses for betting on AS Roma. Although some online bookmakers do not provide special kinds of rewards for punters who wager on a specific team, most places have at least a cashback proposition. Needless to say, Roma is one of the teams that you will almost always find something for.

As you can expect from a club of this caliber, AS Roma has been home to some of the best football players in the world. The same applies to managers because people like Niels Liedholm and Fabio Capello were a part of the team for more than 5 years. Both are responsible for some of Roma’s greatest achievements.

In addition to the top-tier managers, people who are fans of AS Roma had the chance to watch players like Cafu. The legendary Brazilian defender played a key role for the Giallorossi and the Brazilian national team and was one of the main reasons for Roma’s historical Scudetto win in 2001.

The Argentian superstar Gabriel Batistuta was also a part of AS Roma and scored countless crucial goals for the team. However, if we have to point out one name that stands out, it has to be Francesco Totti. Also known as the “Prince of Roma”, this is definitely the club’s most legendary player.

Totti spent his entire career in Roma and played in 619 matches for the club. He also scored 250 goals, making him the most successful player in AS Roma’s history. His presence at the club was enough to help Roma compete for Europe’s top trophies. The captain’s career at the club came to an end in 2017 after 25 years. Totti’s legacy lives on, and so Roma’s journey continues in search of other great achievements and great moments to be shared with their passionate supporters.