Zaniolo: “Roma changed my life. How could I not love this club?” 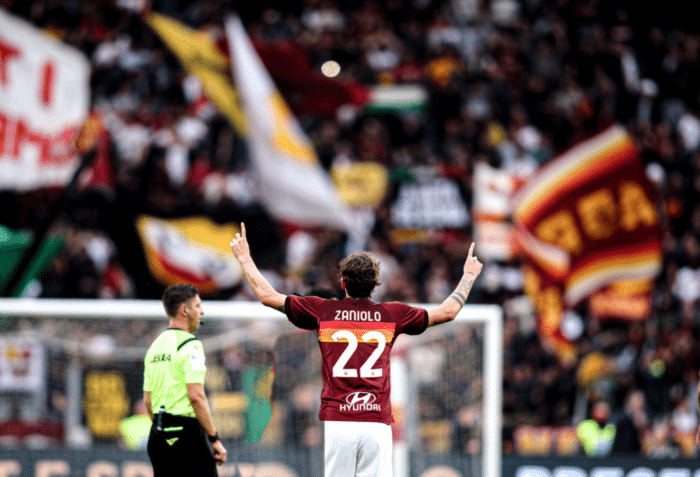 Roma attacker Nicolo Zaniolo appeared in the latest edition of lifestyle magazine Idol and discussed what life has been like in the Italian capital since he joined the club in the summer of 2018 from Inter.

“Roma changed my life in every sense,” began the attacker. “It took me from being a boy and made me into a man.”

“They gave me the chance to play, how could I not love this club? However, I don’t feel as if I’ve arrived, I still sense the need to work and train hard. I still need to improve in several ways.”

“I don’t mind the pressure. I view it as a positive, it means that you’re garnering more attention because of what you’re doing on the pitch. Of course, though, a big club like Roma will always have more pressure than a normal team. It’s up to me to be able to handle it in the right way, and I do so by giving the maximum in training.”

As for his recovery from a second torn anterior cruciate ligament, Zaniolo conceded that while the injuries were a big blow, he managed to grow as a man despite the difficulties he encountered.

“Having my dad alongside me helped. The injuries were devastating, but I’ve grown a lot. From a football standpoint, I willingly go to the gym now instead of going just because I have to because I know I will benefit from it.”

As for his arrival in the Italian capital in the summer of 2018 from Inter, Zaniolo revealed who was among the first to welcome him to the Giallorossi.

“De Rossi sent me a text message two days before signing my contract with Roma. It read: ‘Welcome to the family, I immediately understood what kind of person he is — a champion on and off the pitch.”

“Before I stepped foot in Trigoria, I didn’t actually believe that some of the big players who actually talk to me. In fact, it was the opposite: they did all they could to help me and they gave me advice. I’ve learned so much from them”