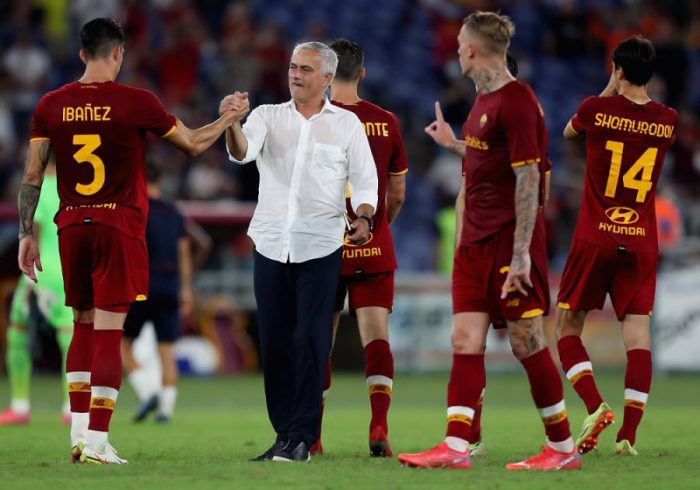 It’s been a difficult season so far for José Mourinho and his AS Roma side. The three-time Serie A champions currently sit seventh in Serie A and their hopes of finishing in a Champions League place have nearly faded.

Most online sportsbooks such as the ones found at Bet Station, who make wagering on all the action in Serie A easy, favor the Giallorossi to finish in a Europa League place.

Should this turn into reality, it would extend the club’s Champions League absence to four years.

Admittedly, the results have been a far cry from what most expected when the club unveiled the ‘Special One’ as their new manager last May. However, both Roma and Mourinho have stressed throughout the season they’re most interested in a sustained, long term project.

And although there may be some bumps along the way, they won’t detract from the three-year plan they mapped out together.

Despite the inconsistent results, Roma supporters, who are among the most passionate in Italy, haven’t lost faith in Mourinho. The fanbase is starving for a trophy given it’s been almost 15 years since Roma won their last piece of major silverware. Nonetheless, Romanisti have displayed significant patience this season knowing full-well a major roster overhaul is still needed.

The club already offloaded several big names in the last six months including Edin Dzeko, Javier Pastore, and Steven Nzonzi. Although there is still more work to be done, let’s analyse a few of the players Mourinho can rely on moving forward.

The former Chelsea man arrived in the Italian capital in mid-August at a cost of €40 million. The 24 year-old was appointed as Roma’s new number nine following Edin Dzeko’s departure for Inter.

Abraham initially got off to a slow start, scoring only 2 goals in his first 11 league matches. However, he’s scored 9 goals in 13 league appearances since November, transforming into one of Roma’s most key pieces.

You expect the youngster to only improve as he becomes more experienced with the playing style in Italy.

The Dutchman is proving that his renaissance 2020/2021 season wasn’t a fluke. After dealing with a host of injuries in his first few years with the club, Karsdorp is having yet another successful campaign.

The 26 year-old has appeared in 31 games, amassing 5 assists in all competitions. He’s proven that he can perform both as a fullback or wingback—providing Mourinho with tactical flexibility.

As a result, the ‘Special One’ won’t need to worry about his right flank moving forward.

Roma’s newest addition, it’s taken no time for the Portuguese international make his mark at the Stadio Olimpico.

Oliveira joined Roma from Porto last month and scored the lone goal in their 1-0 victory over Cagliari. In addition to his vast experience, the midfielder possesses a calmness on the ball that the Giallorossi desperately needed.

Mourinho hasn’t been shy in highlighting how vital the 29 year-old has been to his side.

“To tell you the truth, we need more guys like him,” he said last month.

“Players who can put in a performance, have experience, and know what to do at certain moments in the match. He’s a player our team really needed.”

Although Oliveira only joined on loan, Roma have the option to make his move permanent, which at this point is a no-brainer.